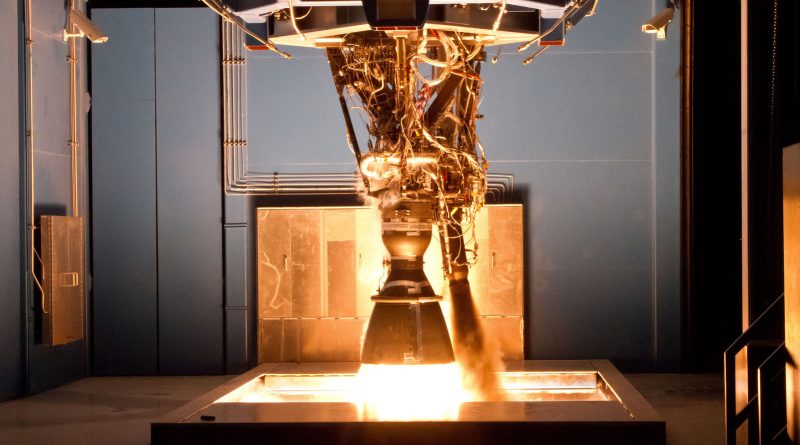 SpaceX suffered a minor setback when a Merlin engine designed for the upcoming Falcon 9 Block 5 rocket failed during testing last Saturday and caused damage to the test chamber at the company’s testing and development site in Texas. The company said this week that upcoming launches – using a different Merlin 1D engine version – will not be affected by the anomaly.

The engine, built specifically as a ground test article, was set for a test firing at the McGregor facility but caught fire during a check prior to the start of the ignition process. SpaceX issued a statement noting that no one was injured and safety protocols in place for incidents like this were followed.

SpaceX said it had notified the U.S. Air Force, NASA and the Federal Aviation Administration that acts as the primary licensing agent for the commercial spaceflight business. The company noted it is conducting a thorough investigation into the root cause of the anomaly, though expects no impacts on the planned launch cadence with at least another three Falcon 9 rockets on the manifest before the end of the year plus the maiden flight of Falcon Heavy that could also occur before the new year provided integration and testing can be completed without issues.


SpaceX’s next mission is set for launch from LC-39A at the Kennedy Space Center in the early hours UTC on November 16 carrying the secretive Zuma mission for the U.S. Government. The standard pre-launch Static Fire Test for that mission is planned Saturday evening, local time.

Nine Merlin 1D engines power the first stage of SpaceX’s Falcon 9 rocket and a vacuum-optimized engine with extended nozzle boosts the rocket’s second stage. Falcon Heavy will count on the simultaneous operation of 27 Merlin engines on its three cores.

SpaceX stressed the engine involved in the incident was a modified version of the Merlin engine currently used on the Falcon 9 and Falcon Heavy rocket. Dubbed the Merlin 1D++, this engine represents the second performance upgrade to the Merlin 1D which was originally introduced with the transition from the Falcon 9 to the v1.1 version in 2013 and had its design & performance increased in late 2015 when the Falcon 9 FT (Full Thrust) made its debut. Merlin 1D++ will operate at a sea level thrust of 845 Kilonewtons, a 24% increase over the initial M1D and 11% higher than the M1D+ currently in use on the Falcon 9 rocket (756kN).


In comments made in April 2016, SpaceX CEO Elon Musk said Merlin 1D, from the start, had been built with conservative limits on its gas generator, main combustion chamber and turbomachinery, allowing a sequential increase in thrust by qualifying each new thrust level through a delta-qualification program using instrumented test engines. The Merlin 1D++ evolution is expected to be the final iteration of the workhorse engine and will further push Merlin’s leading position as the world’s highest performing liquid rocket engine in terms of thrust-to-weight ratio.

Merlin 1D++ will propel the Falcon 9 Block 5 launch vehicle, the final version of the Falcon 9 that has gone through a large number of evolutionary steps since its inauguration in 2010 with larger steps noted through the different version names (v1.0, v1.1 and FT) and smaller upgrades denoted in the different Block designators. Falcon 9 recently moved from Block 3 stages to full Block 4 vehicles that feature some notable structural changes including a bolted engine section and provisions that allow for easy conversion of a Falcon 9 core to a Falcon Heavy side booster.

The Falcon 9 Block 5 will introduce around 100 component upgrades to further push the rocket’s performance, though the focus of the Block 5 upgrade is on re-usability. Through the initial recovery of core stages, SpaceX learned which components may need additional shielding, how the engines can be better preserved in challenging heating conditions and that their grid fin design needed improvement to allow for minimal refurbishment needs in between flight cycles.

Notable changes on the Block 5 vehicle include retractable landing legs certified for many cycles to eliminate the need for removing the legs after landing and simply fold them back up and re-charge their actuators.

The heat shield installed on the business end of the booster, protecting all engine components upstream of the main combustion chambers, has been revamped to tolerate many flight cycles – the current version has to be changed out in between flights, especially when going through high-energy returns.

Falcon 9 Block 5 will feature Titanium grid fins that made their first test flight earlier this year and will be able to handle any re-entry environment without needing refurbishment or replacement like the current Aluminum fins that are regularly seen glowing bright upon Falcon 9 re-entering the atmosphere.

The upgraded vehicle also employs a new thermal coating around its first stage and a tweaked flight software will permit the booster to broaden its angle of attack profile to lower the fuel requirements for landing – permitting additional energy to be used during ascent. There are some unspecified changes on the Merlin 1D++ engine to improve its lifetime for at least a dozen flight cycles and to eliminate a potential weakpoint related to turbine wheel cracks within the turbopump.


Per NASA’s requirements, Falcon 9 Block 5 has to fly in a frozen design for at least seven missions before Astronauts will be allowed to fly on the vehicle. Current schedules have Block 5 debuting in the first quarter of next year with a sufficient number of flights before the planned crewed SpX DM-2 mission to the International Space Station NET August.

Although the testing mishap will be without serious consequence for SpaceX’s flight rate, it left one of two test bays at the McGregor test site out of commission for up to a month. The other test bay was to be repaired this week to resume acceptance tests of the Merlin 1D+ needed for current Block 4 vehicles. SpaceX employs a rigorous testing scheme in which every engine is acceptance tested on its own before undergoing integration on the core stage followed by a full-duration Static Test of the integrated stage in Texas before shipment to the launch site where another short test is conducted in the days leading up to launch.

SpaceX has successfully flown 16 Falcon 9 missions this year, the company’s busiest to date as progress in 2015 and 16 was halted by a pair of rocket explosions. 2017 also saw the first three re-flight missions of previously flown first stages and SpaceX so far has also pitched a perfect game in the recovery department, successfully returning 15 first stages in a row – a streak that has been going since last year.