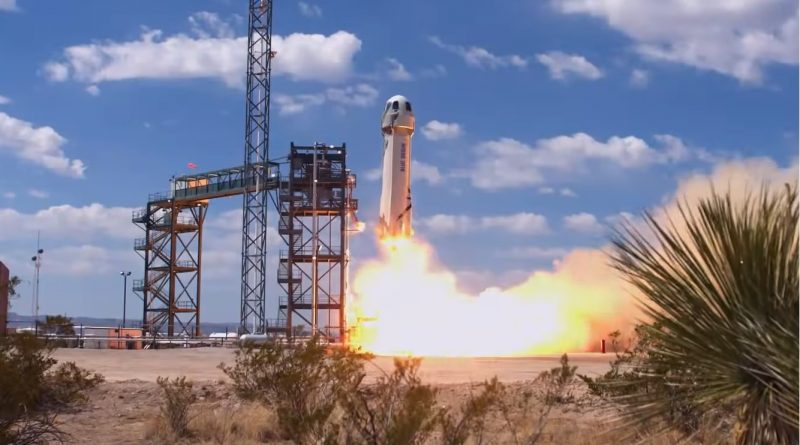 
The previously-flown propulsion module deployed wedge fins and drag brakes as it fell back toward Earth and re-started its main engine just one Kilometer above ground level to come to a gentle touchdown on its deployable landing legs seven and a half minutes after taking off. For the crew capsule, the flight lasted ten minutes and 19 seconds – touching down under its three blue-and-orange parachutes and soft landing engines that slowed it to a landing speed of under four Kilometers per hour.


Starting with December’s mission, Blue Origin is operating New Shepard under a commercial launch license from the Federal Aviation Administration – upgrading from an experimental license granted on flight-by-flight basis during the initial test flights. While seeming like a mundane bureaucratic change, the commercial license enables Blue Origin to accept paying customers willing to place their research payloads on the New Shepard test flights.