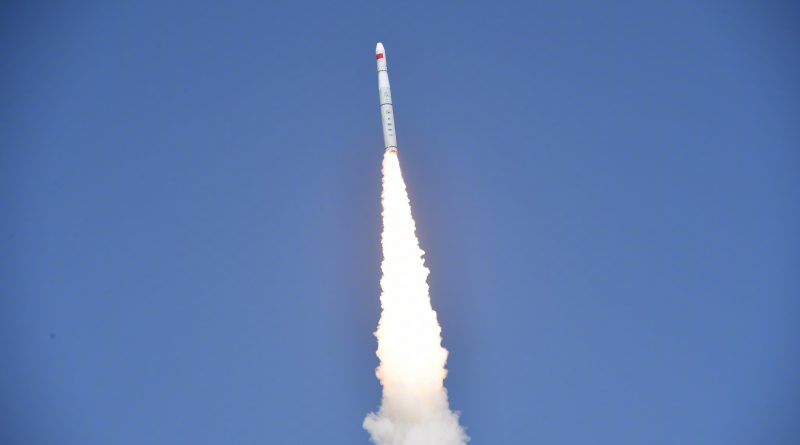 The upper stage of a Long March 11 rocket re-entered the atmosphere on April 29, 2018 after only three days in orbit. Lifting a cluster of five commercial Earth-imaging satellites into a 500-Kilometer orbit, the CZ-11 fourth stage used leftover propellant for a partial de-orbit maneuver, lowering its perigee to 120 Kilometers to significantly accelerate its orbital decay.