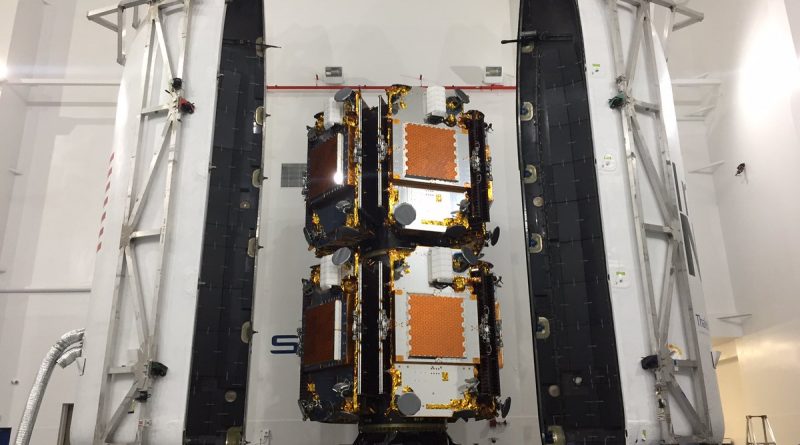 SpaceX’s Return to Flight mission has been shifted from a Monday launch target to No Earlier Than Saturday, January 14, officials confirmed Sunday. The delay is due to unfavorable weather and a range conflict in the middle of the week, not permitting SpaceX to launch any earlier than next weekend, depending how the weather shapes up at the California launch site.

Falcon 9 went through a clean pre-launch engine firing test on Thursday and ground crews began the process of connecting the rocket to its payload – a package of ten Iridium-NEXT satellites – starting on Friday. Liftoff had initially been planned for Sunday, but delays to the Static Fire Test pushed the mission to Monday and faced teams with a tough weather forecast.

Iridium confirmed on Sunday that the flight would be delayed to NET January 14 with an instantaneous T-0 time of 17:54:34 UTC. This mission must take off at the precise T-0 target to be able to deliver the Iridium-NEXT satellites into Plane 6 of the existing Iridium constellation. T-0 moves forward around six minutes per day as the satellites orbit in a non-synchronous orbit.


The weather forecast for Vandenberg Air Force Base would be challenging throughout the week with a pair of storms expected to move through the area, bringing plenty of rain and precluding any orbital rocket launches until at least Thursday afternoon due to cumulus clouds, ground winds and wind shear at altitude.

SpaceX also has to stand down in the middle of the week due to United Launch Alliance having booked the Western Range for a Wet Dress Rehearsal of the company’s Atlas V rocket poised for launch on January 27 (UTC) on the NROL-79 mission for the National Reconnaissance Office. Although most Atlas V missions no longer use the tanking rehearsal, it is still performed for high-profile missions at the request of the customer or to test the propellant ground system at the seldom-used SLC-3E launch pad at Vandenberg.

The 70-meter tall Falcon 9 rocket will ride out the bad weather inside its hangar adjacent to the launch pad before rolling out later in the week to be placed in its vertical launch configuration for a countdown of around ten hours. After a multi-hour testing campaign, Falcon 9 will head into tanking operations – starting with the loading of high-pressure Helium into the rocket before the super-cold Liquid Oxygen and chilled Kerosene start flowing into both stages 35 minutes ahead of the precise launch target.

Roaring to life, Falcon 9 will blast off with nearly 700 metric-ton-force of thrust – heading off to deliver its heaviest payload to date with the ten Iridium birds and their cylindrical payload dispenser weighing in at well over nine metric tons.

This is the first of seven Iridium launches lined up on SpaceX’s manifest to deploy the full constellation of LEO communications satellites and rejuvenate Iridium’s space segment which currently consists of antiquated spacecraft launched in the late 90s and early 2000s.

The Iridium-NEXT replacement effort comes at a price tag of $2.9 billion – $2.1 billion for satellite development and manufacture, and $800 million allocated for launch services and ground systems improvement. A total of 72 Iridium-NEXT satellites are planned to enter orbit – eleven active satellites in each of the constellation’s six orbital planes plus one operational spare for each plane to guarantee continuous global coverage.