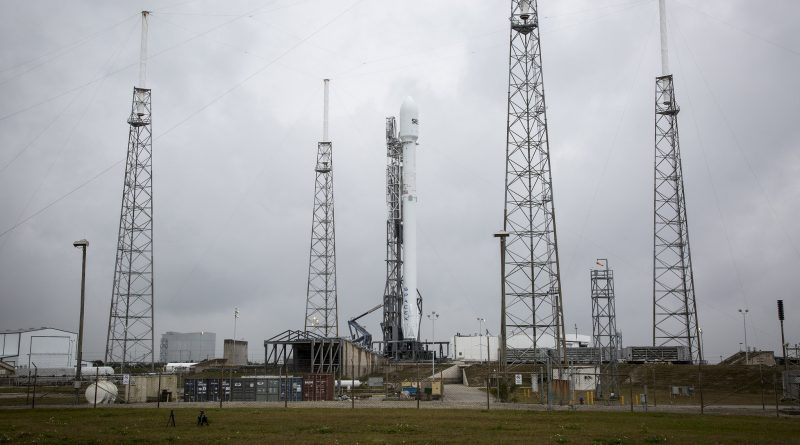 SpaceX will make a third attempt to launch the company’s Falcon 9 rocket with the SES-9 communications satellite on Sunday after back to back attempts on Wednesday and Thursday resulted in launch scrubs due to issues associated with the intricacies arising from the use of super-cooled Liquid Oxygen as a performance enhancement measure on the improved Falcon 9 FT launch vehicle.

Sunday’s window opens at 23:46:51 UTC and has a duration of 94 minutes – though SpaceX will likely only get one chance of fueling up the 70-meter tall rocket and going for an attempt given the required temperature of the sub-cooled oxidizer.


The SpaceX launch team returned to console on Sunday to put the Falcon 9 rocket through a multi-hour testing operation involving the various electronic systems, the communications gear, Flight Termination System, Propulsion Systems and the rocket’s redundant flight computers. Reconfigurations of launch vehicle and ground systems will wrap up around two hours ahead of the targeted launch time and range controllers will keep close watch over the launch corridor when Falcon 9 will head into the fast-paced events of the last countdown hour.

Topped by the 5,300-Kilogram SES-9 satellite, Falcon 9 FT will need its maximum possible performance to meet the target Supersynchronous Orbit while also preserving a small amount of fuel for the return of the first stage booster to the Autonomous Spaceport Drone Ship. Maxing out Falcon 9’s performance means that SpaceX has to pay close attention to the temperature of the Liquid Oxygen loaded into the vehicle to reach the correct LOX density and with that the correct mass of oxidizer needed for the vehicle to accomplish its high-energy delivery.

On Wednesday, SpaceX opted to take another day to further chill the LOX to a temperature of around –207°C and come back for an attempt on Thursday that also saw a more favorable weather situation. Falcon 9 headed deep into the tail end of its countdown, but the launch team was forced to scrub the launch at T-1 minute and 41 seconds when Liquid Oxygen loading on the two-stage rocket could not be finished in time to permit liftoff. Because temperature is a primary driver for this mission’s performance, SpaceX aims to load the oxidizer into the tanks as close to T-0 as possible to avoid LOX from warming up.

On Sunday, Falcon 9 will head into propellant loading just over half an hour ahead of launch, again leaving only a small margin when filling the rocket’s tanks with around 500 metric tons of LOX and chilled Rocket Propellant 1. Teams will verify LOX temperatures, especially on the second stage, when Falcon 9 will be executing the final steps ahead of launch inside T-10 minutes.

Liftoff will likely target 23:47 UTC if the previous launch attempt can be taken as an indication.

Weather will not stand in the way with a 95% chance of acceptable conditions shown in the forecast. Winds will be calm and few clouds are expected in the evening skies, though a very slight chance of low-level clouds remains. If launching on time, Falcon 9 will provide a spectacular sight, heading into the skies over the Space Coast 25 minutes after sunset, flying into illumination a short time after lifting off with its engines delivering nearly 700 metric-ton-force of thrust at launch.