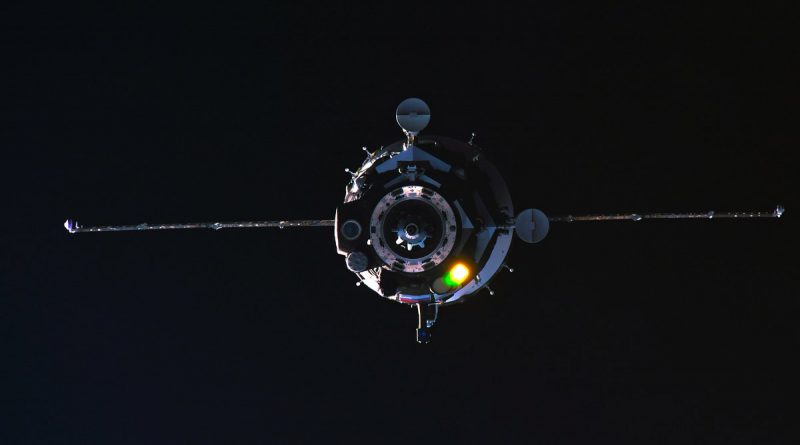 
Eight minutes and 45 seconds after launch, the raw power of rocketry transitioned to the familiar sensation of microgravity for the three experienced crew members aboard the tight quarters of the Soyuz Entry Module. Soyuz FG successfully lifted the 7,220-Kilogram Soyuz MS-08 spacecraft into a Low Earth Orbit, checking off the 63rd mission of this particular variant of the seasoned launch vehicle family.


Kicking off the relative navigation phase at 18:08 UTC, Soyuz powered up its upgraded KURS-NA navigation system – first locking onto the KURS beacon of ISS through the AO-753A phased array antenna for initial line-of-sight and pitch angle measurements during the long-range rendezvous. Two ASF-1 antennas came into play at closer distance to deliver range, range rate and angular information to the Soyuz’s Digital Autopilot in control of targeting rendezvous maneuvers.


After some oscillation induced by docking had dampened out, Soyuz retracted its docking probe and latches on both sides of the interface closed to form a rigid structural connection between Poisk and the Soyuz. While keeping an eye on their leak check procedure, the crew was able to change into more comfortable flight suits and begin powering down systems aboard their Soyuz.