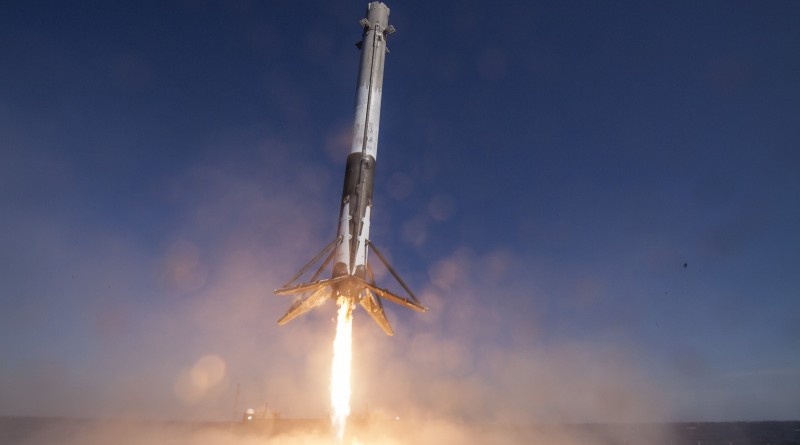 Photos released by SpaceX show the touchdown of the Falcon 9 rocket atop the Autonomous Spaceport Drone Ship last Friday after sending the Dragon SpX-8 cargo craft on its way into orbit. The Drone Ship ‘Of Course I Still Love You’ was positioned in the Atlantic Ocean, 300 Kilometers from the launch site for the first successful powered landing of a rocket at sea. (Article: Recovered Falcon 9 Booster pulls into Port)