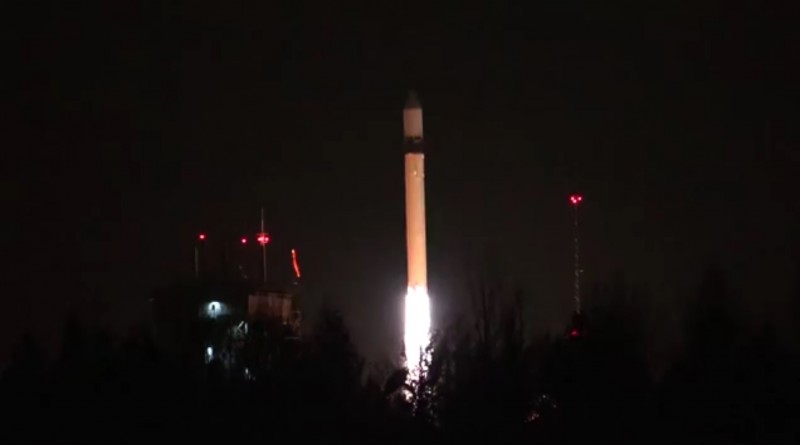 Thursday’s Rockot launch (2015-050) from the Plesetsk Cosmodrome delivered four objects to orbit according to tracking data provided by the Joint Space Operations Center. Rockot blasted off from the Plesetsk Cosmodrome in Russia at 22:00 UTC on Thursday carrying a Briz-KM upper stage and a payload consisting of three military communication satellites. The two-stage carrier rocket completed a nominal flight of five and a half minutes, handing off to the Briz-KM upper stage for a two-burn mission, the first targeting an elliptical transfer orbit ahead of a circularization maneuver setting up for spacecraft separation one hour and 45 minutes after liftoff.

Objects A, B and C are the three Rodnik-S communication satellites that were delivered to a nominal orbit, in line with previous missions. Briz-KM completed an orbit reduction maneuver after spacecraft separation accelerate its eventual orbital decay. The absence of a fifth object confirms that this launch did not carry a secondary Kosmos payload which had been the case in several recent Rockot missions.