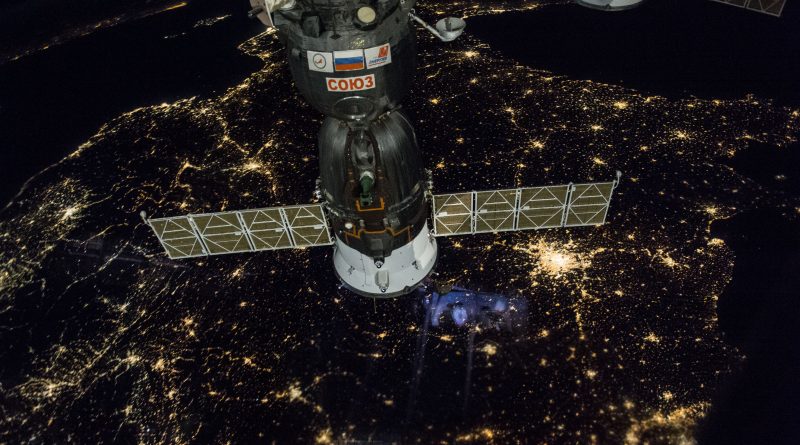 NASA quietly closed a deal with Boeing for up to five seats aboard the Russian Soyuz spacecraft to expand the U.S. Crew Complement aboard the International Space Station and gain additional margin in the agency’s Commercial Crew Program.

NASA had issued a procurement filing in mid-January, detailing plans of purchasing launch services aboard the Soyuz through Boeing without competition as no other vehicles are currently capable of delivering human launch services to the Space Station. Boeing acquired the rights for up to five Soyuz seats from the vehicle’s manufacturer in a deal to close a financial dispute over the dismantling of the Sea Launch venture.

The deal was closed in February as a modification to the existing Vehicle Sustaining Engineering Contract NASA has with Boeing, covering various operational aspects of ISS since 1995. “A new agreement to purchase flights from Boeing to the International Space Station on a Soyuz spacecraft will allow NASA to maximize time dedicated to scientific research by increasing crew size on the U.S. segment from three to four,” NASA said in a statement.


NASA committed to purchasing a pair of seats on Soyuz MS-06 launching in the fall of 2017 and Soyuz MS-08 in the spring of 2018 to temporarily increase the crew aboard the U.S. Segment from three to four to gain an extra pair of hands to deal with an increasingly busy scientific program in progress aboard the orbiting laboratory. Seats on the Soyuz were freed up though a decision by the Russians to cut their three-person crew to a pair of Cosmonauts given the low workload aboard the Russian Segment until the country’s flagship laboratory module ‘Nauka’ can be launched.

An additional crew member on the U.S. Segment provides a 50% increase in crew time available for ISS utilization activities since the addition of one resident only comes with a marginal increase in maintenance and upkeep of the Station’s Systems.

NASA did not discuss crew members for the 2017/18 Soyuz missions. Given the short notice to the September & March launch dates, Astronauts already in training for ISS missions or having recently returned from one are likely on the shortlist for the flights.

NASA has the option for an additional three seats on the Soyuz in 2019 should it become apparent that Commercial Crew Providers SpaceX with their Dragon 2 and Boeing’s Starliner encounter any more delays beyond the planned start of operational services at the end of 2018. “The 2019 seats could be used to smooth transition to U.S. commercial transportation services,” NASA said. The option would be exercised in the fall of this year.

The total value of the contract modification with Boeing with all options exercised is $373.5 million, corresponding to $74.7 million per seat. This figure is lower than NASA’s most recent procurement directly from Roscosmos for seats in 2018 at $81.7 million a piece.

“Taking advantage of the opportunity to fly a fourth crew member beginning this year will allow NASA to introduce new or novel human research, commercial and technology experiments,” the Feb. 21 statement posted on NASA’s website said. “The increased crew presence has the potential to bolster the commercial space market, prepare NASA for human deep space exploration, including to Mars, and deliver more benefits to Earth.”

Once commercial crew vehicles are operational, NASA plans to permanently boost the USOS crew contingent to four in order to maximize the utilization return from the Space Station over the last decade of operations. NASA and Roscosmos agreed to fly one USOS crew member and one Cosmonaut on every Soyuz and commercial crew vehicle to ensure each segment of the Station can remain staffed even if one of the vehicles encounters extended delays.

NASA categorically ruled out the possibility of buying additional seats directly from Russia and the deadline for ordering 2019 seats from Roscosmos passed late last year. With the option provided through Boeing, NASA bought additional time to watch over development efforts by Boeing and SpaceX until fall 2017 when a decision on the 2019 Soyuz seats has to be made.

Both, Boeing and SpaceX, experienced persistent delays to their commercial crew vehicle development and testing schedules with crewed test flights slipping into mid-2018 – leaving only a few months of margin before operational missions would have to start. This raised concerns that no vehicle would be ready for operational services in 2019 and NASA could run into a de-crew scenario of the U.S. Segment which, as the agency states, “would diminish vehicle operations to an inoperable state.” A February 16 report from the Government Accountability Office urged for a backup option to commercial crew vehicles as certification was foreseen to slip into 2019.

From an economical sense, this agreement will put Boeing into a sweet spot – earning money from ISS missions in 2019 regardless of whether they occur on the Starliner or the Soyuz.

Boeing obtained the rights to five seats on the Soyuz from the spacecraft’s manufacturer RSC Energia in an agreement reached in the dismantling of the Sea Launch endeavor that left a substantial sum of money owed to Boeing by RSC Energia, majority Sea Launch shareholder since 2010.

A legal dispute arose in 2015 with Boeing claiming it was not properly reimbursed for over $300 million of expenses incurred while Sea Launch was in operation. A federal court decided on the case in May 2016, assessing the amount owed to Boeing at $320 million, but subsequent filings indicated that Energia and Boeing were negotiating an alternate settlement plan part of which were seats on the Soyuz craft.