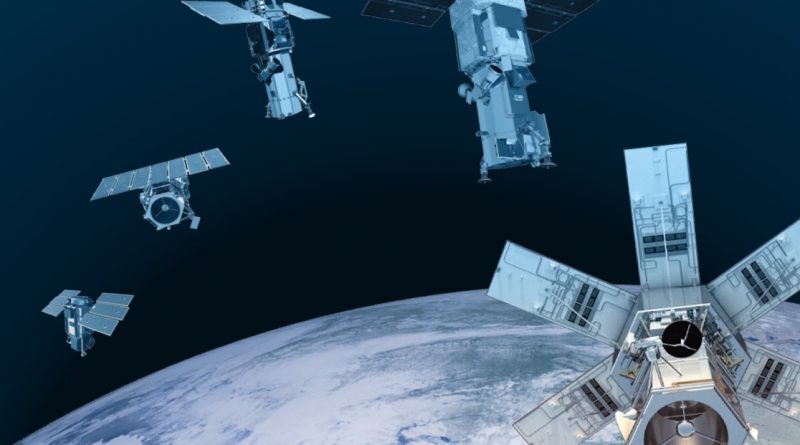 Canada’s MDA Corporation announced last week it will acquire Earth-Imaging Company DigitalGlobe including its commercial satellite fleet capable of delivering the highest resolution imagery available on the commercial market, bringing together leading optical and radar observation systems under one roof.

MacDonald, Dettwiler and Associates announced the $2.4-billion deal on February 24 after DigitalGlobe signed off on the agreement expected to be closed in the second half of 2017 – pending U.S. government regulatory approvals. The acquisition will allow MDA to become an end-to-end space contractor with branches for satellite development & construction, space communications, robotic technology, and space-based data collection in both optical and radar.

“The combination will bring together complementary space-related capabilities, creating a stronger company uniquely positioned to capture growth in the U.S., Canadian and global Earth observation and geospatial services markets given its ability to provide complete, end-to-end space systems, earth imagery and geospatial solutions,” MDA said in a statement. “Together, the combination will leverage a full suite of space-related capabilities, including communications and Earth observation satellites and robotics, ground stations, integrated electro-optical and radar imagery, and advanced data analytics.”


Per the acquisition agreement, DigitalGlobe will keep its name and Colorado headquarters, operating as a subsidiary of SSL MDA Holdings, the U.S. branch of the Canadian parent company. This Holding Company which includes California-based satellite builder Space Systems Loral allows MDA to compete for U.S. government contracts.

DigitalGlobe currently has four WorldView satellites in active operation to capture high-resolution imagery of Earth for application in a variety of areas. WorldView-4, orbited by an Atlas V rocket in November 2016, entered service last month to join satellites launched in 2007, 2009 and 2014. The newer WorldView satellites can capture photos at a ground resolution of 30 centimeters, generating the sharpest images available to commercial customers.

MDA brings to the table its RadarSat system capable of all weather, day-and-night image acquisition using Synthetic Aperture Radar that can be operated either in wide-swath mode to collect imagery across a wide area or capture spotlight shots at a one-meter ground resolution. Currently operating the RadarSat-2 mission, MDA is looking forward to introduce a three-satellite RadarSat constellation in 2018 to deliver more frequent area coverage for the company’s government and commercial customers.

As part of the acquisition with MDA, DigitalGlobe announced future plans of introducing the ‘WorldView Legion’ satellite constellation with initial launches expected in 2020 when the first two WorldView satellites will be at the end of their expected service lives. It was not discussed how many satellites will make up the WorldView Legion, though the constellation is expected to be more than a replacement for the first two WorldView satellites and more than double DigitalGlobe’s high-resolution imaging capacity in critical regions.

The Scout project aims to allow DigitalGlobe to image the most rapidly changing areas on Earth up to 40 times a day, combining rapid-revisit imagery at lower resolution with industry-leading resolution provided by the WorldView satellites. Scout is a direct answer to emerging companies that offer intraday revisit times using large fleets of smaller satellites.

Space Systems Loral, acquired by MDA in 2012, will be responsible for the development and manufacture of the ‘WorldView Legion’ satellites at the company’s Palo Alto base in California. Previous satellites operated by WorldView were built by Ball Aerospace and Lockheed Martin.

SS/L had been primarily focused on large telecommunications satellites but branched out in recent years starting with small Earth-imaging platforms for the SkySat Program to gain expertise in the development of small-class missions before upgrading to large Earth observation satellites.

SS/L was chosen by Google company TerraBella to build 19 operational SkySat spacecraft and received the rights to the satellite platform design, giving the company a foothold in the Earth observation business. Planet, another major player in this field, has announced plans to take over Terra Bella last month to combine the company’s rapid revisit ‘Dove’ satellite constellation with the high-resolution capacity of the SkySat fleet, making it a serious competitor to DigitalGlobe.

Detailing the financial aspects of the agreement, “MDA will acquire DigitalGlobe for US$35.00 per share in a combination of cash and stock. The transaction values DigitalGlobe at an equity value of approximately C$3.1 billion (US$2.4 billion), and an enterprise value of C$4.7 billion (US$3.6 billion), including assumption of DigitalGlobes C$1.6 billion (US$1.2 billion) in net debt.”

DigitalGlobe was founded back in 1992 as ‘WorldView Imaging’ when the Land Remote Sensing Policy Act was introduced, permitting private companies to acquire and sell satellite imagery in the United States. Obtaining its first high-resolution commercial remote sensing license in 1993, the company received financial backing by private funders from around the world. The company was re-named ‘EarthWatch’ after merging with the remote sensing branch at Ball Aerospace & Technology Corp.

The first satellite built and launched by the company was Early Bird-1, arriving in orbit in 1997 after a successful launch on a Russian Start-1 rocket. The satellite was envisioned to deliver ground imagery at a three-meter resolution but it suffered an electrical failure four days after launch and was unable to enter operations.

The company took its current name in 2001 and, in the same year, launched the Quickbird-2 satellite after the first Quickbird had been lost in a launch failure the year before. Quickbird-2 was able to capture imagery at a maximum ground resolution of 0.61 meters.

The first WorldView satellite lifted off atop a Delta II rocket in 2007. Built by Ball Aerospace, the satellite can deliver images with a 50-centimeter ground resolution in the panchromatic band. WorldView-2 was launched in 2009 and further improved resolution to 46 centimeters in the PAN band and 184 centimeters for color imagery.

The 2013 acquisition of GeoEye by DigitalGlobe – a $900 million deal – included the IKONOS satellite launched in 1999 with an 82cm panchromatic resolution, GeoEye-1 capable of delivering 41cm imagery, and GeoEye-2 that, at the time, was in the late stages of assembly. With plenty of operational satellites in its fleet and one more ready for liftoff, DigitalGlobe placed GeoEye-2 into storage for launch when needed within the constellation.

The WV-3 satellite was lifted into orbit in August 2014, also based on a Ball Aerospace platform hosting an agile pointing system and optical payload delivering panchromatic images at a 31-centimeter resolution, color imagery at 1.24 meters and expanding previous capabilities by adding an infrared imaging system.

WorldView-4 – originally ordered from Lockheed Martin by GeoEye – was launched in 2016 after spending several years in storage to await the most opportune time for launch based on demand for high-resolution imagery. Its capabilities are similar to WV-3.