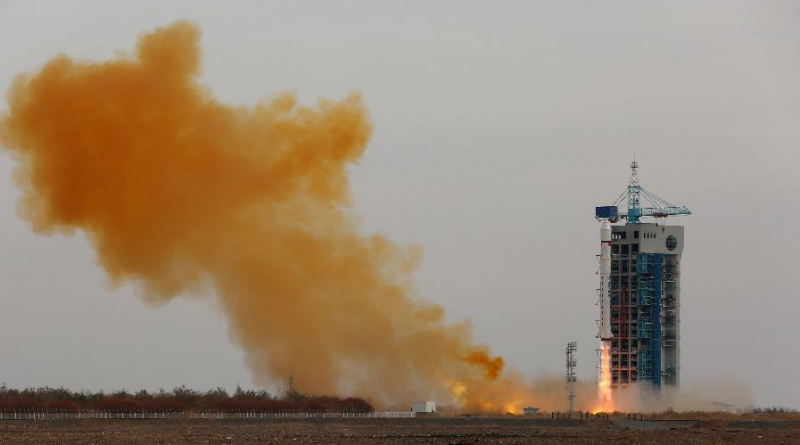 China was back in action on Monday, launching a Long March 2D topped with the Gaofen-9 remote sensing satellite. Long March 2D lifted off from the Jiuquan Satellite Launch Center at 4:42 UTC and successfully delivered the Gaofen-9 spacecraft to orbit.

Identified as Gaofen-9 by official Chinese media, the satellite continues in a pattern that started with Gaofen-8 that launched in June. Both satellite designations are not in line with the previously launched Gaofen-1 and 2 satellites. Originally, the Gaofen Earth Observation constellation was reported to consist of seven satellites when finished, so the leading theory is that the Gaofen-8 and 9 satellites were added to the constellation and most likely represent leftover military satellites, taking on a new role within a civilian satellite program.

The Gaofen-9 satellite was tracked in an orbit of 617 by 664 Kilometers inclined 98 degrees, in family with previous Gaofen Earth observation satellites as well as the military Yaogan satellite series which is suspected to be the origin of the two Gaofen satellites launched in recent months. According to official reports, the Gaofen-9 satellite is capable of delivering imagery at a resolution of better than one meter. Imagery from the satellite is to be used in urban planning, road network design, land surveying and other purposes.


The Gaofen satellites are part of the High-Resolution Earth Observation System CHEOS that had originally included plans for seven satellites to create a constellation of spacecraft readily providing data products from a variety of sensors to establish an operational Earth observation capability similar to that of the American Landsat and European Copernicus programs. CHEOS satellites will be equipped with a variety of sensors from high resolution, multispectral optical imagers to radar payloads, infrared imagers and microwave payloads as well as specific sensors. Satellites belonging to CHEOS will be operated in different orbits including Low Earth Orbit and Geostationary Orbit to create a range of data products at different qualities and revisit times.

The Gaofen-1 satellite was launched on April 26, 2013 based on the compact CAST-2000 Satellite bus, hosting a 400-Kilogram imaging payload consisting of two High Resolution Cameras and four Wide Field Imagers. Gaofen-1 can deliver imagery with a swath width of 69 Kilometers using its two high-resolution payloads that achieve a ground resolution of up to two meters in the panchromatic band and eight meters for multispectral images.

To previous knowledge, the next satellite in the program, Gaofen-3, was set for launch in 2015 carrying a C-Band Synthetic Aperture Radar Payload with a ground resolution of around one meter. Also planned to launch in 2015/16, Gaofen-4 will operate from Geostationary Orbit to use a staring camera to deliver imagery at a resolution of 50 meters with an imaging area of 7000 by 7000 Kilometers consisting of 400 by 400km frames. This satellite will provide real-time imagery at high temporal resolution.

The Gaofen-5 satellite is currently expected to launch in 2016 carrying six payloads that include a hyperspectral camera covering visible and shortwave infrared wavelengths, a spectral imager, a greenhouse gas monitoring payload and an infrared detector, a trace gas spectrometer and a multi-angle polarization detector. Gaofen-6 will be a copy of Gaofen-1 to replace it in 2016, at the end of its planned in-orbit life. Further down the road, Gaofen-7 will fly a hyper-spectral stereo imaging payload currently penciled in for launch no earlier than 2018.

Gaofen-8 was lofted by a Long March 4B rocket in June and entered an orbit of 470 by 480 Kilometers, closely resembling the orbital setup of the Yaogan 14 satellite.