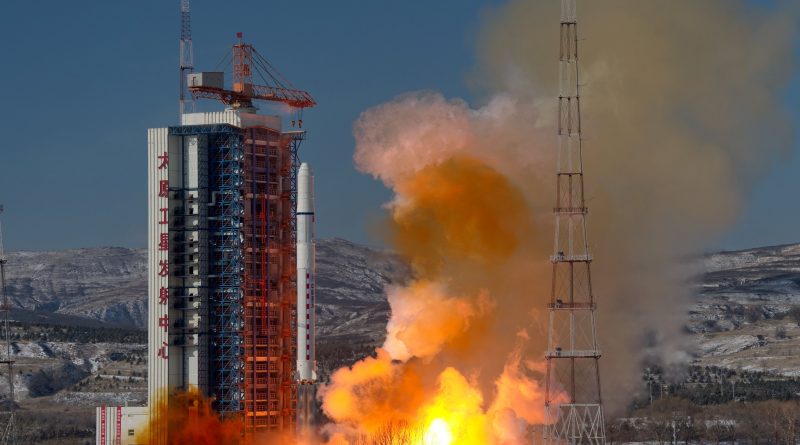 China opened its 2018 space launch campaign on Tuesday with the launch of the second pair of GaoJing Earth-Imaging Satellites joining the growing SuperView constellation delivering observation products for the commercial market.

Tuesday’s launch opened what will be China’s busiest spaceflight year to date as the country bounces back from a pair of failures in 2017 that hit both the well-proven line of heritage Long March rockets as well as the newer generation introduced in recent years to become China’s future workhorse fleet. As many as 40 launches are on the Chinese manifest this year as the country’s space efforts continue a proliferation from a primarily military-oriented space program with occasional science and human missions to a broad mix of military and civilian flights, commercial space endeavors, robotic exploration of the solar system and the operation of an orbital space station.


Notable missions planned by China in 2018 include the Chang’e 4 lunar lander and rover that aim to repeat the success of the Chang’e 3 lander and Yutu rover that, in 2013, became the first craft to soft-land on the Moon since 1976. However, Chang’e 4 aims to take it one ambitious step further by becoming the first mission to land on the far side of the Moon – requiring a dedicated communications relay satellite to be pre-positioned behind the Moon before the mission’s arrival.

2018 will also see the return of the Long March 5 heavy-lift rocket after it encountered a high-profile launch failure in July 2017 that set back plans of putting the CZ-5 into regular operation for the launch of China’s Chang’e 5 lunar sample return mission as well as the Tianhe core module of the planned Chinese Space Station. A number of missions this year will be dedicated to bringing China’s Beidou Global Navigation Satellite System a major step closer to full operational capabilities and the country’s reconnaissance constellations will also be supported by a multitude of launches.


A number of commercial missions are on China’s agenda this year, supported by its heritage Long March vehicles as well as new low-cost, all-solid launch vehicles that promise to compete on the market via the lowest-available Kilogram-to-orbit prices. The Kuaizhou-1A launch vehicle in particular will demonstrate its capabilities this year via a salvo of four launches in one week, handled by the rocket’s commercial operator EXPACE to demonstrate its use for rapid constellation deployment at low cost.

Space View is owned by Siwei WorldView Technology, a joint venture of Siwei Surveying and Mapping Technology Co., Ltd, DigitalGlobe Inc. and Navinfo – allowing it to act as the main distributor for international satellite imagery in China, delivering products to over 1,400 government and commercial customers.


Built for a design life of eight years, the satellites host a powerful Earth-imaging payload capable of collecting black-and-white images at a ground resolution of 0.5 meters and multispectral imagery at a two-meter resolution. Multispectral data is collected in four channels – red (450-520 nanometers), green (520-590nm), blue (630-690nm) and a near infrared channel (770-890nm).

The first two GaoJing satellites launched on December 28, 2016 but their Long March 2D rocket encountered a performance shortfall on its first stage, causing the satellites to be deployed short of their 520-Kilometer target orbit. The two satellites were salvaged from their initial 213 by 524-Kilometer orbits by firing their onboard propulsion systems to move them to their operational altitude at the cost of some mission lifetime due to the additional propellant expenditure.

U.S. Space Command detected the two new additions to the SuperView constellation in an orbit of 517 by 535 Kilometers, inclined 97.58°, confirming the successful orbital insertion. Tracking data confirms the two new satellites to be quasi-co-planar with the GaoJing 1-01 and 1-02 satellites with phasing to be completed over the next several weeks to move the satellites into a 90-degree separation to set up the best possible re-visit pattern.