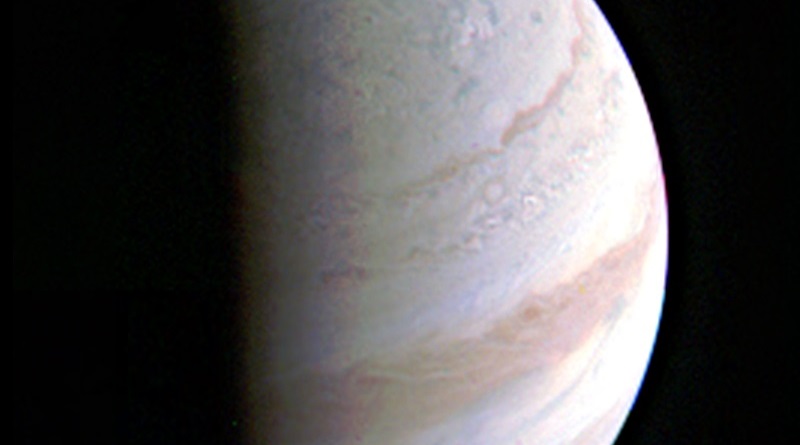 
The JOI Burn put Juno into an orbit of approximately 4,200 by 8 million Kilometers and a series of operations were lined up for the first lap around the gas giant. A small clean-up maneuver on July 13 changed Juno’s speed by 4.9 meters per second to eliminate any trajectory errors after the 542m/s orbit insertion maneuver. An orbit trim maneuver slot was available on July 27 to precisely target the next low pass over Jupiter and Juno passed the high point of its orbit on July 31.