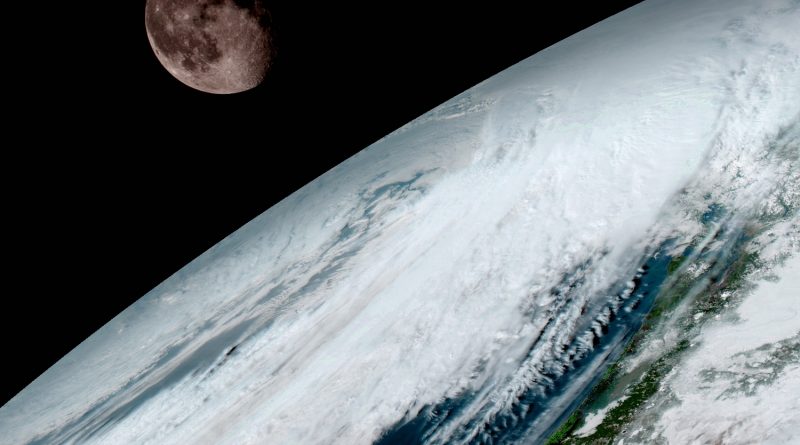 NOAA’s recently-launched GOES-16 weather satellite sent back its first images of Earth, providing a taste of what’s to come once the state-of-the-art satellite enters service later this year to deliver data at unprecedented resolution and revisit time to scientists, meteorologists and weather enthusiasts.

Recently re-named GOES-16, the satellite launched on November 19 atop an Atlas V rocket that successfully boosted the 5,200-Kilogram craft into an elliptical transfer orbit around Earth. The satellite then used its own engine over a period of days to circularize its orbit and set up shop at 105 degrees West in Geostationary Orbit where it can view the American continent.

The images released on Monday are from the satellite’s Advanced Baseline Imager, the mission’s primary instrument capable of capturing multispectral imagery of the entire hemisphere visible to the satellite. ABI delivers a full disk image every 15 minutes and one of the continental U.S. every five minutes, plus a sub-frame image every 30 seconds covering areas of interest for monitoring of highly dynamic events such as hurricanes, severe weather, wildfires and other environmental phenomena.


ABI achieves four times the resolution of the current generation of GOES imagers and covers the Earth five times faster, unlocking opportunities for more precise weather forecasts & disaster monitoring as well as scientific studies. ABI covers 16 spectral channels to deliver full-color imagery plus specialized products such as atmospheric water content, ozone and aerosols as well as measurements equivalent to having an atmospheric sounder on the spacecraft.

“This is such an exciting day for NOAA! One of our GOES-16 scientists compared this to seeing a newborn baby’s first pictures — it’s that exciting for us,” said NOAA Satellite and Information Service Director Stephen Volz. “These images come from the most sophisticated technology ever flown in space to predict severe weather on Earth. The fantastically rich images provide us with our first glimpse of the impact GOES-16 will have on developing life-saving forecasts.”

As part of its first-light campaign in mid-January, GOES 16 captured a full-disk image of the Western Hemisphere, a full 16-panel ABI image of the United States covering all of the instrument’s spectral bands, and images of dust blowing off the African coast, the shallow water of the Caribbean and clouds weaving their way past the high mountains of Argentina.

These images offer an impressive glimpse into the capabilities of the new satellite and potential benefits arising from the higher resolution and revisit time.

GOES 16 carries a suite of six instruments that set out to revolutionize weather forecasting and climate science. Data delivered by the satellite’s instruments promises to safe lives on Earth by enhancing the ability to generate more accurate weather forecasts, better predict hurricane tracks and cut false tornado warnings in half.

For the past 40 years, the Geostationary Operational Environmental Satellites (GOES) built the backbone for weather forecasting in the United States, watching the Earth from a high-altitude perch 36,000 Kilometers above the equator. The inauguration of the GOES-R class satellites is considered a major leap likened to upgrading from black-and-white to high-definition color television in terms of data quality and usability.

The mission’s prime instrument, ABI, is responsible for 95% of total data coming from the satellite, equivalent to over 200 HD movies every day. However, the remaining five instruments are also a major contribution to the enhanced capabilities of the new space segment.

GOES 16 is the first mission to carry the Geostationary Lightning Mapper – a new instrument tasked with detecting lightning at all times of day across the entire Western hemisphere – providing real-time insight into the formation of storms. Getting real-time lightning maps to forecasters will significantly enhance warning reliability and lead time for tornado outbreaks and other severe weather.

Also installed on the satellite are in-situ sensors to measure the particle and electromagnetic environment in Geostationary Orbit and provide the first measurement of an incoming space weather event.

GOES 16 is set for a full year of commissioning and testing to achieve the stringent requirements of the mission that call for an unprecedented downtime of only 120 minutes per year and data availability within the shortest time after acquisition.

In May, NOAA will announce the planned operational location for GOES-16, though the smart money will be on GOES-16 becoming GOES-East – watching over much of the United States and keeping close watch on hurricane development in the Atlantic Ocean. GOES-S, currently undergoing pre-launch testing at Lockheed Martin, will launch in the Spring of 2018 to enter the other operational position.