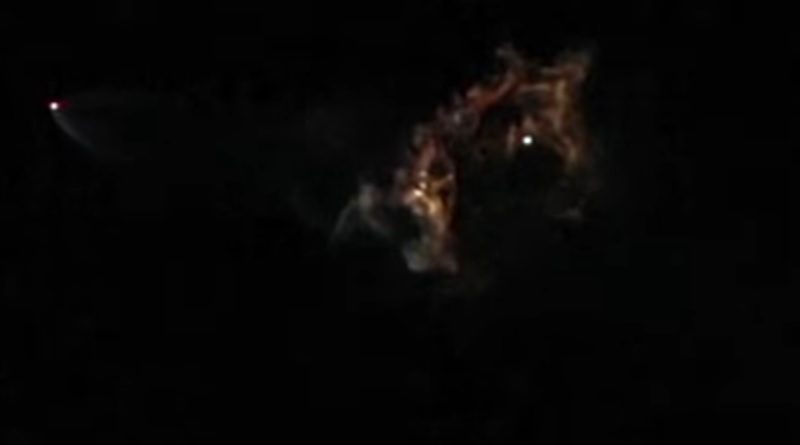 The launch was visible from a large stretch of the south-western United States and video captured by onlookers shows the spectacular display put on by the rocket’s first and second stages as they parted ways some 70 Kilometers in altitude, also providing a powerful illustration of the physics behind the interaction of supersonic gas flows in a near-vacuum environment.