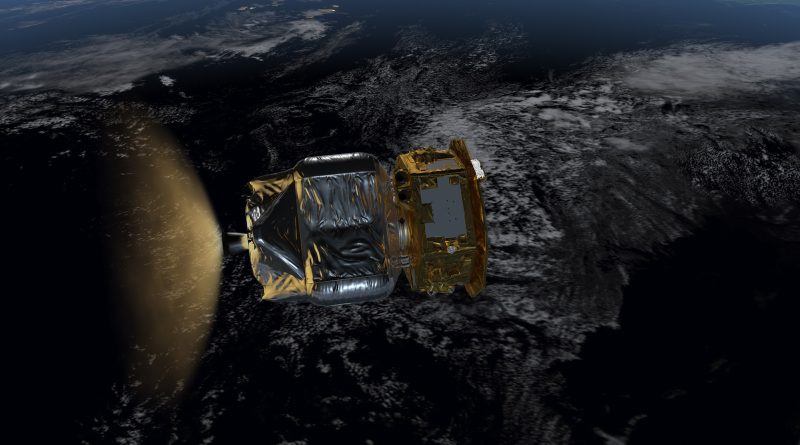 ESA’s LISA Pathfinder spacecraft has wrapped up its three-day checkout sequence and began a series of six propulsive maneuvers to depart Earth and head towards the Earth-Sun Lagrange Point 1 where it is expected to arrive in late January to begin its demonstration mission of a highly precise distance measurement system and Micro-Propulsion Systems for extremely accurate spacecraft control.

LISA Pathfinder blasted off on Thursday atop a Vega rocket that successfully delivered the spacecraft to an elliptical Low Earth Orbit in an ascent mission of one hour and 45 minutes. Immediately after separation from the upper stage of the launch vehicle, the LPF spacecraft initiated contact with ground stations, allowing the Mission Team at the European Space Operations Center to begin a series of spacecraft checkouts. Over the course of a 23-minute auto sequence, the spacecraft entered a stable sun-pointing attitude and primed its propulsion module for operation.


The Mission Team put the spacecraft through a series of testing activities to verify the functionality of all spacecraft core systems to set up for a calibration firing of the vehicle’s 450-Newton main engine Sunday morning. The three minute-firing took place at 3:30 UTC and only slightly altered the spacecraft’s orbit. Data from this short engine burn was used to assess the exact performance of the Liquid Apogee Engine to help in planning for the subsequent propulsive maneuvers.

The first Apogee-Raising Maneuver began at 5:00 UTC on Monday and continued for 30 minutes, achieving an accuracy better than 1%. No post-burn orbit was available after the firing as tracking data usually arrives later for objects that are on the move. In order to minimize the time LISA Pathfinder passes through Earth’s radiation belts, the apogee-raising campaign has a compressed timeline.

The second ARM (Apogee-Raising Maneuver) is scheduled later on Monday followed by another pair of maneuvers on Tuesday and ARM5 on Wednesday. The sixth and last maneuver is planned on Saturday to boost the spacecraft into its highly elliptical departure orbit from where it can reach its L1 transfer orbit that will take it to the Lagrange point for an arrival in late January.

The overall orbital geometry for the LISA Pathfinder has been set up to deliver the craft to its L1 transfer orbit close to the ecliptic plane in order to reach the Libration Point while also eliminating the possibility of a collision with the International Space Station in its 400-Kilometer orbit. Once on its way to L1, LISA Pathfinder will conduct weekly Trajectory Correction Maneuvers to set up its correct arrival position at L1. In its operational Lissajous orbit around L1, the spacecraft will have to perform regular Stationkeeping Maneuvers to maintain its orbit around the Libration Point and avoid drifting too far into either, the gravitational influence of Earth or the Sun.

The L1 location was chosen for the LISA Pathfinder mission because its environment is suitable for this type of mission and its highly delicate measurements. The L1 orbit provides the spacecraft with a quiet place with respect to its gravitational and magnetic environment as well as a thermally stable location illuminated by the sun at all times. It is located far from any massive bodies that could induce tidal forces on the spacecraft and it allows for constant communications at a low communications delay.

The L1 Lagrange Point offers a semi-stable gravitational environment that allows spacecraft to reside in orbits around the libration point over a period of years at the expense of few propellants for orbit maintenance.

A Lissajous Orbit describes a Lissajous Curve around the Libration Point with components in the plane of the two primary bodies of the Lagrange System and a component perpendicular to it. LISA Pathfinder aims for an L1 orbit of 500,000 by 800,000 Kilometers with a period of 180 days.