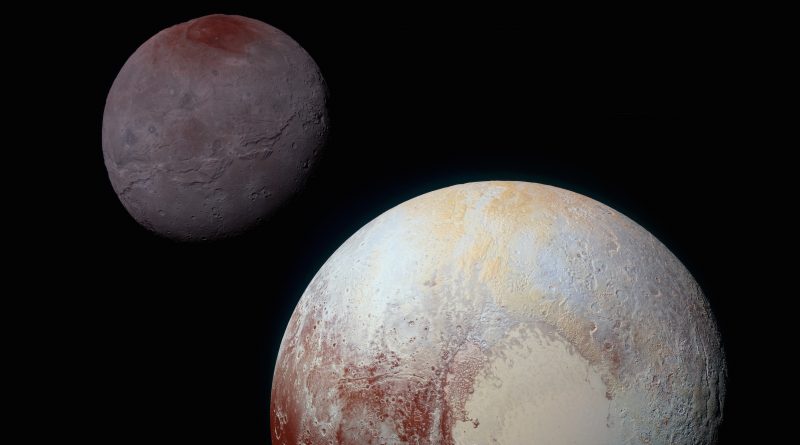 Following its first-ever flyby of Pluto in July 2015, New Horizons has now received formal approval to head on to another Kuiper Belt object designated 2014 MU69.

New Horizon’s primary mission formally ends when the process of downlinking flyby data is complete, taking approximately one year due to the low data rates available for the distant spacecraft.

Even before New Horizons’ historic encounter with Pluto, the mission’s operators were already looking for a possible second target to be visited during a possible extended mission to collect more groundbreaking data on the distant Kuiper Belt, a largely unexplored region beyond the orbit of Neptune where icy bodies roam.


To set its course toward 2014 MU69, New Horizons conducted course corrections in October and November 2015, setting up a rendezvous with the object on January 1, 2019. The mission team submitted proposals for possible extended mission scenarios for review by NASA’s top management responsible for allocating funding for extended missions.

“The New Horizons mission to Pluto exceeded our expectations and even today the data from the spacecraft continue to surprise,” NASA’s Director of Planetary Science Jim Green said in a statement. “We’re excited to continue onward into the dark depths of the outer solar system to a science target that wasn’t even discovered when the spacecraft launched.”

NASA’s Dawn spacecraft currently in orbit around Dwarf Planet Ceres after an earlier visit to asteroid Vesta has also been cleared to continue its mission. Dawn – the first spacecraft to orbit two extraterrestrial solar system targets – concluded its primary mission on June 30 after eight and a half years of operations and a journey of 5.6 billion Kilometers, exploring two previously unknown worlds.

After 2,450 orbits around its two asteroid belt targets, Dawn has been cleared to continue its mission in orbit around Ceres – a decision driven by the expected science turnout from remaining at Ceres to observe seasonal changes as the dwarf comes closer to the sun.

The mission team had submitted a proposal calling for Dawn to leave Ceres and travel two and a half years to a flyby of asteroid 145 Adeona in May 2019. While Adeona was a promising science target, NASA had to weigh a high-risk mission with three years of additional funding but prospects of great scientific data against the safer and cheaper option of remaining at Ceres to follow-up on previous observations and discover possible seasonal phenomena occurring on the dwarf.

The mission team was hoping for the Adeona flyby as Dawn had already achieved all mission objectives at Ceres and visiting another asteroid would have delivered more interesting data than a continued Ceres data set. However, whether Dawn would be able to continue operating until reaching its third target was all but certain as the spacecraft already suffered the loss of two of its four reaction wheels, requiring its hydrazine thrusters to assist in attitude control operations.

Currently, Dawn’s hydrazine supply is projected to last until March or April 2017, barring any additional systems failures. The mission team had only until July 12 to depart Ceres in order to preserve sufficient hydrazine for the Adeona flyby.

Continuing in orbit around Ceres, Dawn will gather more data with its imagers and spectrometer instrument to track changes that may occur over extended time scales. The spacecraft could be moved into a higher orbit to extend the mission’s hydrazine supply, but eventually, Dawn will end up as a permanent satellite of Ceres when its long mission of discovery is concluded.

Also approved for a mission extension was NASA’s Curiosity Rover on Mars to continue its exploration of the slopes of Mount Sharp in Gale Crater where the rover already found evidence of an ancient Martian environment that provided conditions suitable for life.

Recently, the Curiosity mission announced that the Martian atmosphere once held much more oxygen than previously thought, as evident in an abundance of manganese oxides found in an area visited by the rover in 2014. Manganese oxides can only form in the presence of liquid water and strongly oxidizing conditions, either provided from the atmosphere or biological activity.

Scientists are now looking into mechanisms that could have enriched ancient Mars’ atmosphere with oxygen. The leading theory at the moment is that Mars still had a wet environment when its magnetic field subsided, allowing cosmic radiation to reach the surface and break water down into hydrogen and oxygen – the lighter hydrogen escaping into space and the heavier oxygen being retained and chemically trapped in the soil as oxides of different metals.

This and other questions will keep Curiosity busy for its mission, now set to continue through 2018. Curiosity is currently crossing a patch of dunes at Murray Buttes in the lower reaches of Mount Sharp. The rover will slowly climb the mountain over the course of its extended mission to explore a record of Martian history preserved in the geology of Gale Crater.

Also receiving mission extensions are the Opportunity Rover having been studying Meridiani Planum since 2004, the Mars Reconnaissance Orbiter, delivering the sharpest images of Mars from orbit for over a decade, MAVEN, studying how Mars lost its atmosphere to peer into the planet’s past, and Mars Odyssey currently in its 15th year of operations. NASA also extended its support for the European Space Agency’s Mars Express mission.

Closer to Earth, the Lunar Reconnaissance Orbiter will also be able to continue its mission, heading into a third extension phase to complete mapping the moon in high resolution.