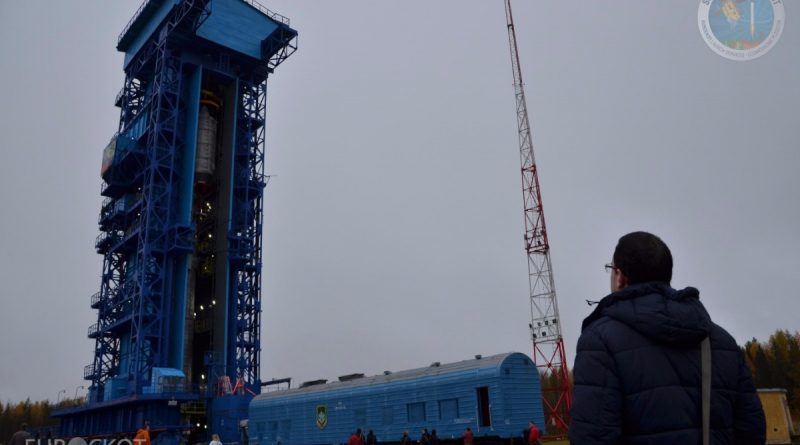 Photos courtesy of Eurockot Launch Services – http://www.eurockot.com/ – depicting the activities of the Sentinel-5P launch campaign at the Plesetsk Cosmodrome to ready the satellite and its Rockot launch vehicle for an October 2017 liftoff on a mission setting out to continue a vital atmospheric monitoring record needed in climate science and operational decision-making. Activities depicted include the delivery of the Sentinel-5P satellite to the launch site aboard an Antonov aircraft, final satellite preparations in the clean room, encapsulation in the protective payload fairing and transfer to Site 133/3 for installation atop the converted ICBM launch vehicle.