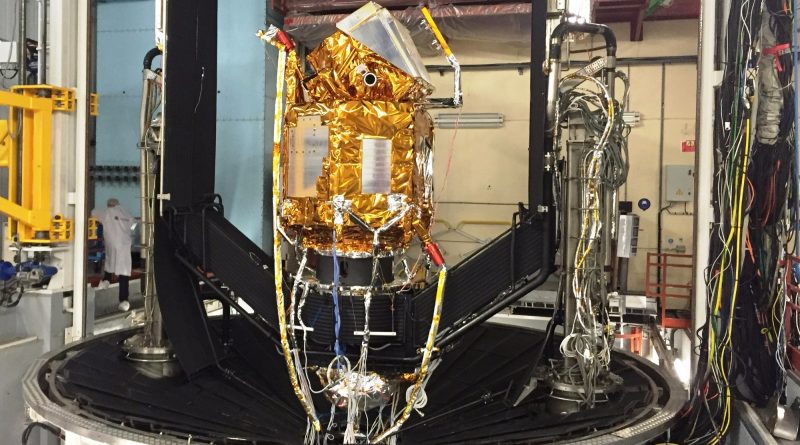 The Sentinel-5P atmospheric monitoring satellite finishes assembly and testing for launch in 2017 to act as a gapfiller mission, ensuring a critical atmospheric data record remains uninterrupted for climate research and operational applications such as pollution monitoring. Weighing in at over 800 Kilograms, Sentinel-5P was built by Airbus Defence and Space and is fitted with the Dutch-built TROPOMI instrument, combining four powerful spectrographic instruments to monitor the concentration of atmospheric constituents down to trace amounts at high spatial resolution.