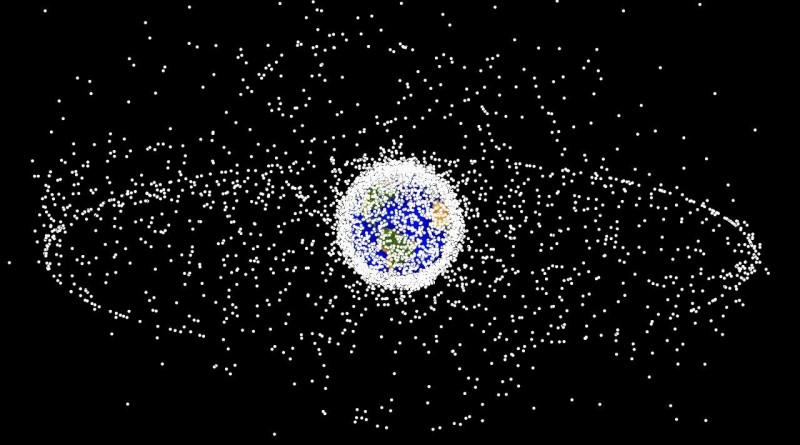 The Joint Space Operations Center this week added hundreds of new debris objects to their catalog of objects orbiting Earth, originating from five separate debris events, one of which was previously unknown and involved a 50-year old Delta rocket stage.

Added to the catalog this week were 351 debris objects:

– 100 objects related to the NOAA-16 satellite that suffered a suspected battery explosion in November 2015 (Total debris number for this event: 456, Still in orbit: 456)

The addition of newly discovered objects to existing debris clouds is a common occurrence, however, the 17 debris objects related to a 50-year old Delta upper stage come as somewhat of a surprise.


Delta 62 lifted off on December 15, 1968 from Vandenberg Air Force Base in California, lifting into orbit the ESSA 8 weather satellite for NASA and the Environmental Science Services Administration (ESSA). The satellite operated from a 1,450-Kilometer orbit through early 1976, capturing ten photos per day to deliver information on cloud cover patterns and severe weather events.

The mission used the Delta N variant with a Delta E upper stage that measured six meters in length and 1.4 meters in diameter with a dry mass of around 800 Kilograms. A later variant of the Delta Upper Stage was known to be prone to in-orbit explosions with several instances in the 1970s.

A total of eight Delta second stages launched between 1973 and 1981 were involved in severe fragmentation events between 1973 and 1991 with events typically occurring between two and 35 months after launch, with one exception of 191 months between launch & fragmentation. These events were probed by several studies that determined they were caused by propellant-induced explosions as Delta second stages typically shut down with over 100kg of residual propellants. The corrosive nature of the propellants and the thermal environment experienced in Sun Synchronous Orbit created a volatile combination, essentially an unpredictable time bomb. Depletion burns were inaugurated in 1981 and no severe fragmentation was observed from that date forward.

The event involving Delta 1975-052B showed that residual propellants can cause explosions even 16 years after launch, but in case of 1968-114B, debris were discovered nearly 50 years after this mission’s launch when the stage should have been fully inert.

There are two possibilities for Delta 1968-114B – the first scenario would involve a recent collision with another debris object. The Gabbard diagram for the 114B event indicates objects were predominantly ejected forward, receiving additional energy by the event and ending up in higher orbits. There has been no abrupt change in the parent object’s orbit over recent months, indicating that if a collision occurred it would have involved an object small enough to leave the rocket body in its present orbit while ejecting debris at 10m/s.

A second scenario would be that 114B encountered an explosion in the months or years after its launch and the debris cloud remained undetected until recent improvements of tracking equipment. This would require the debris to be very small to fail detection with older tracking systems. A low-energy collision appears to be the most likely scenario vs. an intrinsic event on the rocket body or a failure to detect a debris cloud over a period of years.