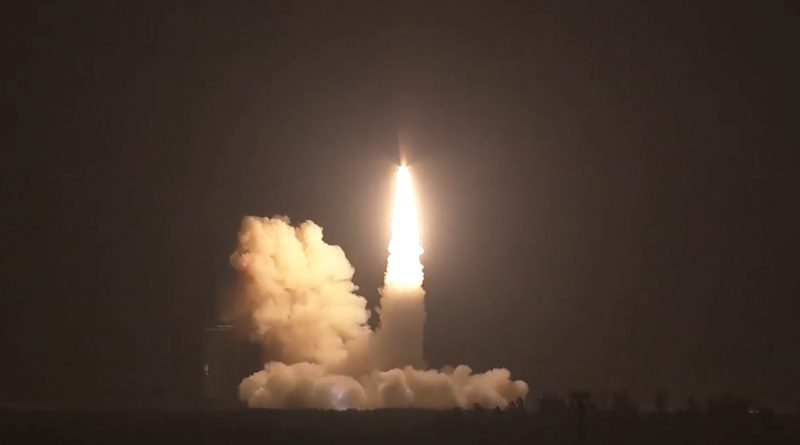 An Orbital ATK Minotaur IV rocket lifted off from Space Launch Complex 46, Cape Canaveral Air Force Station at 6:04 UTC on Saturday, August 26, 2017, carrying into orbit the ORS-5 mission for the U.S. Air Force. Conducing its first-ever launch from Florida, Minotaur IV flew in a tailor-made version comprising three surplus Peacekeeper missile stages plus two commercial Orion 38 motors, the first tasked with the injection into a Parking Orbit followed by the release of secondary payloads for the Los Alamos National Lab and DARPA and firing the second Orion 38 for a major plane change to dispatch ORS-5 (SensorSat) into an equatorial orbit from where it can monitor activity in the vitally important Geostationary Orbit.