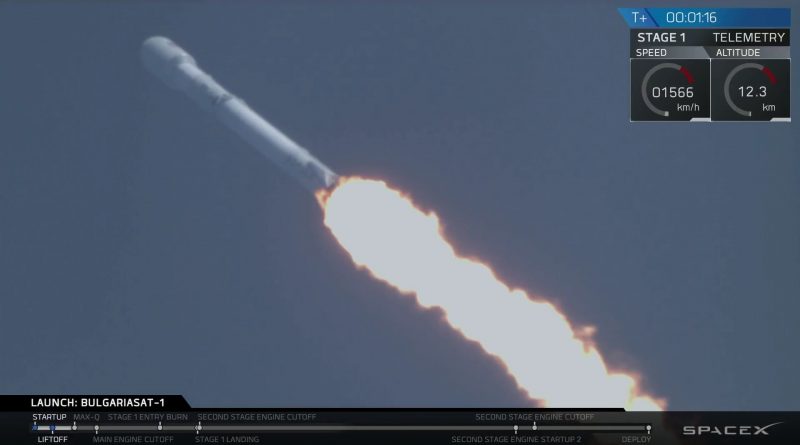 A SpaceX Falcon 9 rocket lifted off from Launch Complex 39A at Florida’s Kennedy Space Center on Friday at 19:10 UTC, embarking on an half-hour ascent mission with Bulgaria’s first commercial communications satellite. The mission marked SpaceX’s second re-use of a Falcon 9 first stage, featuring a booster that flew out of Vandenberg in January 2017 and is now the first to launch from both coasts of the U.S. BulgariaSat-1 enjoyed a smooth climb into a highly elliptical orbit and the 1029.2 booster managed SpaceX’s most challenging Drone Ship Landing to date, coming to rest on the East Coast Drone Ship ‘Of Course I Still Love You’ some eight and a half minutes after lifting off.