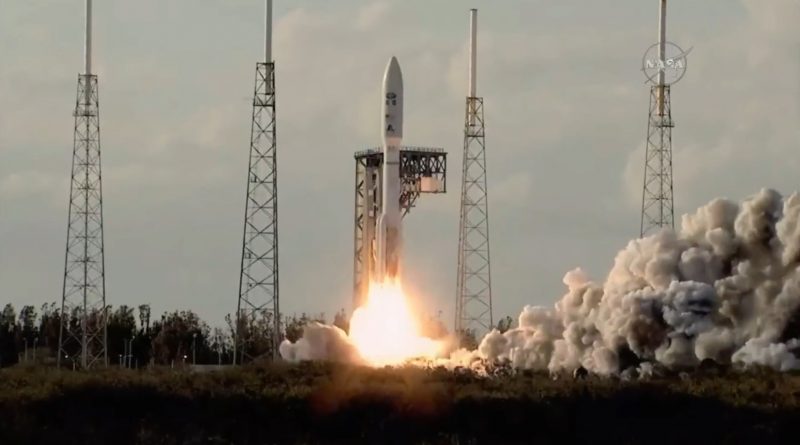 A United Launch Alliance thundered off from Cape Canaveral’s Space Launch Complex 41 at 22:02 UTC on March 1st, 2018 with the GOES-S weather satellite. Punching into the afternoon clouds of Florida’s Space Coast, Atlas V embarked on a three-and-a-half hour mission taking it halfway around the globe to send the 5,200-Kilogram satellite on its way to become the second in the fourth-generation of GOES satellites to enter operation alongside GOES-R that launched in 2016 and has already proven the new spacecraft’s upgrades by watching over the 2017 hurricane season.