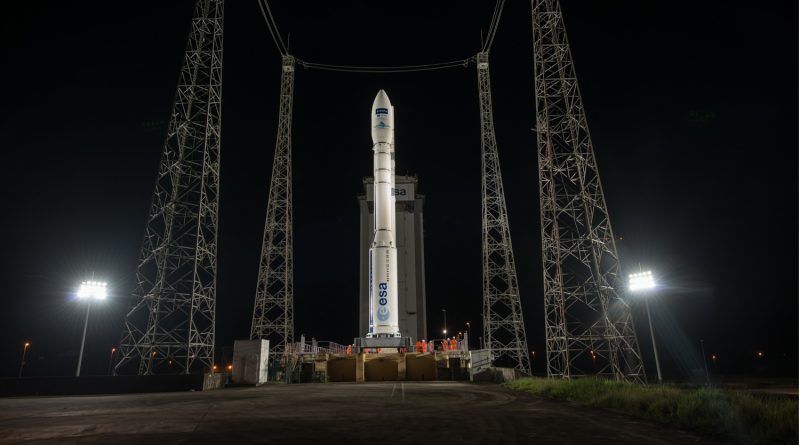 
No photos of the satellites have been published with the exception of illustrative depictions in the official launch poster for the mission, but it is understood that both MN35 satellites use the same architecture of Pleiades and the upcoming Falcon Eye satellites, also built under a similar collaboration between Airbus and Thales for the United Arab Emirates, targeting launch atop Vega rockets in 2018/19.


According to official information, the two Mohammed VI satellites will be used for mapping and land surveying, regional development, agricultural monitoring, disaster prevention and monitoring, environmental and desertification monitoring as well as border and coastal surveillance.


Separation of the 8.4-meter second stage is expected after Vega climbed to an altitude of around 150 Kilometers and a speed exceeding 3.5 Kilometers per second. Ignition of the Zefiro-9 stage comes 12 seconds after Z23 separation at T+3:52. Although it is the smallest of the three stages, Z9 has the longest burn time – firing for 120 seconds at an average thrust of 23 metric-ton force.