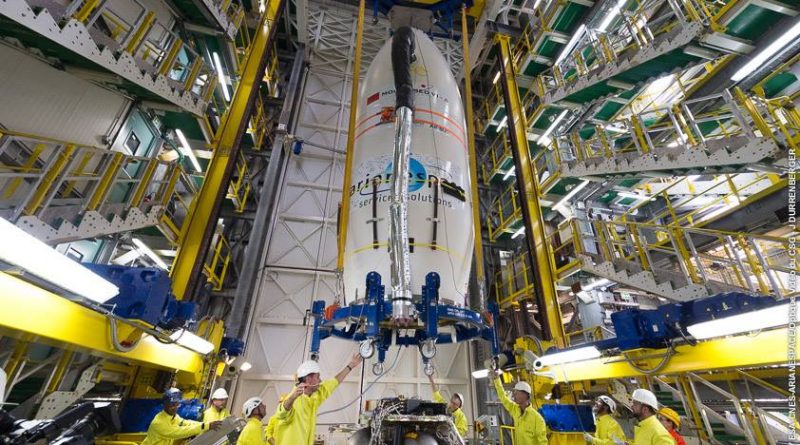 Photos of the Vega VV11 launch campaign show the stacking of the four-stage launch vehicle for a hush-hush satellite delivery for the government of the Kingdom of Morocco, involving a European-built high-resolution imaging satellite that is to double in a civilian and national security function. Mohammed VI-A is a 1,100kg satellite based on the Pleiades HR project, commissioned by Morocco as one of two satellites launching in 2017 & 18 to provide image products for mapping, environmental monitoring, disaster prevention and mitigation and border / coastal security.