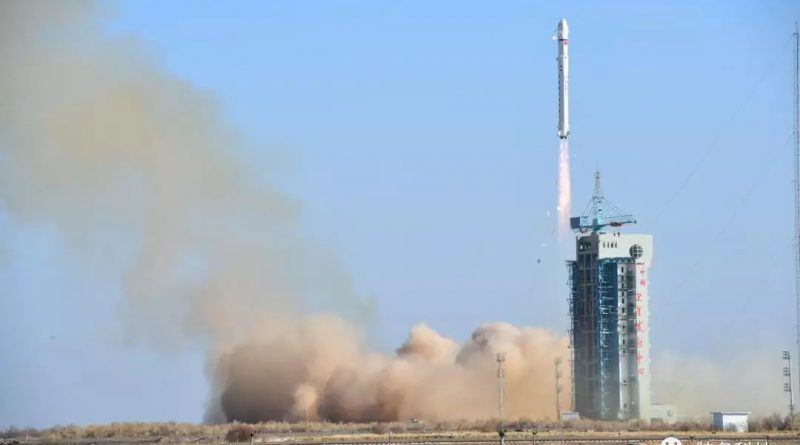 China conducted its third space launch in a span of just over four days on Saturday, involving a Long March 2D rocket lifting off from the country’s Jiuquan Satellite Launch Center to dispatch the third satellite in the LKW Land Survey Constellation into orbit. Liftoff took place at 7:10 UTC, according to official Chinese media, and launch success was declared by Chinese space officials.

China is setting an exceptionally high launch pace right out of the gate, heading into what is expected to be the country’s busiest space flight year to date. 2018 is not even two weeks old and all three of China’s inland launch sites already supported one orbital mission: a Long March 2D blasted off from Taiyuan on Tuesday and successfully lifted a pair of SuperView Earth-imaging satellites to orbit to join the commercial imaging constellation operated by SpaceView.

This was followed on Thursday by a heavy-lift mission of China’s Long March 3B from the Xichang Satellite Launch Center, deploying the next two Beidou-3 navigation satellites as the first pair of over a dozen satellites joining the constellation this year, expected to reach initial operational capability before the end of 2018.

The Ludikancha Weixing system was inaugurated on December 3rd when a CZ-2D rocket deployed the first satellite of the constellation into an orbit of 488 by 504 Kilometers, 97.46° for the official purpose of “remote sensing exploration of land resources.” However, as has been the case for previous missions by the Chinese, there was the immediate suspicion that the mission, in reality, was of military nature and only flying under the cover of land surveying – especially since China has apparently stopped using the Yaogan designation for its optical and radar reconnaissance missions in May 2016 after launching several such craft on a yearly basis for over a decade.


These suspicions were reaffirmed on December 23rd when the second LKW satellite lifted off atop a Long March 2D, indicating the constellation was set for a rapid deployment pace previously only seen in military-operated satellite projects. LKW-2, since its launch, has settled in an orbit of 488 by 503 Kilometers and is flying co-planar with LKW-1 at a perfect phase angle of 180 degrees – setting up the best possible revisit pattern. LKW-1 and 2 operate in Sun Synchronous Orbit with a Local Time of Descending Node at ~10:30 – a typical morning orbit employed for various remote sensing applications.

After the first two LKW Satellites reached orbit, reports emerged that two more were headed uphill in fairly close succession with clues emerging in the form of commemorative stamps and envelopes from the Jiuquan Satellite Launch Center.

Notices to Airmen issued for Saturday lined up perfectly with the hazard areas identified for the first two LKW launches; however, the timing of the launch – some three hours later than the first two missions – indicated LKW-3 was headed into a different orbital plane – most likely in an effort to set up an afternoon orbit passage for the LKW satellites with a Local Time of Descending Node around 13:30. This would enable the constellation to collect imagery under different illumination conditions. (Logically, LKW-4 due for launch soon, will be expected to orbit at 180° phasing to LKW-3 in the afternoon orbit.)

Update: Orbital tracking data released by the Joint Space Operations Center later on Saturday shows LKW-3 in an orbit of 488 x 503 Kilometers, 97.34° with the expected Local Time of Descending Node at 13:30.


Based on the appearance of the LKW satellites – seen in CGI launch animation and actual video of the first satellite separating from its rocket – they employ a hexagonal satellite body with three deployable solar panels – a design shared by a number of low-orbiting imaging satellites operated by a number of nations as well as private entities.

Two more missions are expected by the Chinese in January: the all-solid-fueled Long March 11 is targeting launch around January 19 with a pair of Jilin high-resolution video satellites and Long March 2C has moved forward to a launch target of January 26 for the next Yaogan-30 group supporting electronic intelligence-gathering.