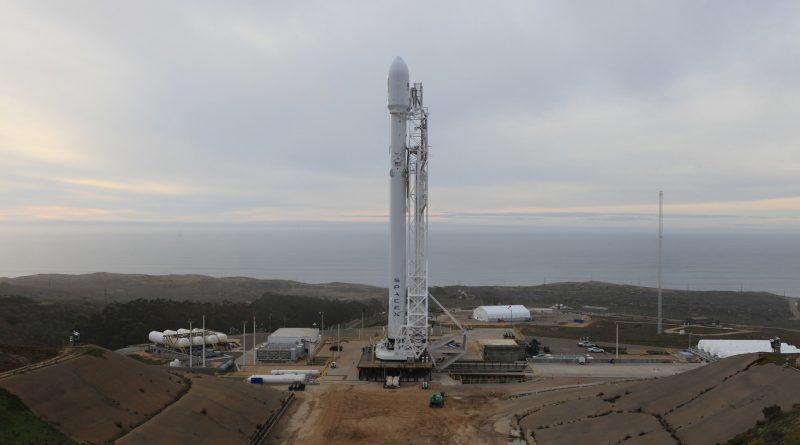 The Federal Aviation Administration – the government body responsible for licensing all U.S.-operated space launches – granted a launch license to SpaceX covering upcoming missions from California, including next week’s Iridium-NEXT flight that will mark SpaceX’s return to flight mission after the dramatic September 1st explosion of a Falcon 9 rocket in Florida.

The launch license was the one major outstanding item for SpaceX as the company headed into the final phase of its return to flight effort – transitioning from an investigation into the precise cause of the testing mishap back to launch operations. Permission to conduct the launch, currently aiming for a Monday liftoff, was given by the FAA after reviewing SpaceX’s inquiry into the failure.

The license documents, dated January 6, 2017 cover all seven Iridium-NEXT missions of the Falcon 9 Full Thrust launch vehicle out of Vandenberg Air Force Base, departing on a 179.2-degree flight azimuth. The license furthermore permits SpaceX to land the Falcon 9 first stage booster on the company’s Autonomous Spaceport Drone Ship that will be deployed to the Pacific Ocean for continued progress in SpaceX’s reusability efforts.


SpaceX is currently targeting Monday, January 9 for the launch of Iridium-NEXT Flight 1 with an instantaneous T-0 time of 18:22 UTC. No window is available for this mission as the ten satellites are aiming for a specific plane within the Iridium satellite constellation (Plane 6).

Launch Weather could become an issue with only a 30% chance of acceptable weather predicted for Monday’s opportunity. According to unconfirmed reports, SpaceX has secured January 11 and 12 as backup opportunities for the launch.

SpaceX worked through a meticulous investigation over the past four months to identify what caused the California-based company’s Falcon 9 rocket to explode while counting down to what was expected to be a routine pre-launch firing test of its nine first stage engines.

Engineers scoured over 3,000 channels of telemetry data, examined videos of the accident and conducted forensic analysis on debris recovered from the SLC-40 launch pad. The investigation into the failure proved out to be the most complex in the company’s history, primarily due to the fast progression of the failure mechanism with only 93 milliseconds of data available from the onset of the anomaly to the total loss of telemetry.

The inquiry did not identify a single root cause for the mishap, but engineers pieced together a credible failure mechanism that was verified through re-creation of the precise conditions of the failure in a dedicated test rig established at the SpaceX McGregor facility. It was determined that a Composite Overwrapped Pressure Vessel (COPV) within the second stage’s Liquid Oxygen tank failed when Liquid Oxygen pooled inside a void between that vessel’s metal liner and overwrap material, ignited by friction of the liner or carbon fibers and leading to the high-speed deflagration seen in video of the mishap.

SpaceX identified several corrective measures to make Falcon 9 safer – in the short-term switching back to an older, more conservative helium system on the second stage that allows helium to be loaded before Liquid Oxygen is tanked but comes at the cost of some launch vehicle performance. In the long-term, SpaceX will develop COPVs without buckles or voids to go back to the more efficient cryogenic helium system.

The FAA reviewed SpaceX’s findings and forward plan and issued the license required to return Falcon 9 to flight. The license is valid until January 2019 when Iridium missions are expected to be complete.

Falcon 9 fired up its nine Merlin 1D first stage engines on Thursday as part of the critical Static Fire that serves as an end-to-end test of the Falcon 9 rocket and its ground support systems. SpaceX CEO Elon Musk Tweeted that the Static Fire was completed as planned and showed no red flags that could hold up the launch.

Delays to the Static Fire itself, however, created a one-day slip from a planned Sunday launch to No-Earlier-Than Monday to provide the time needed to install the payload on the Falcon 9 rocket inside the hangar adjacent to the SLC-4E launch pad.