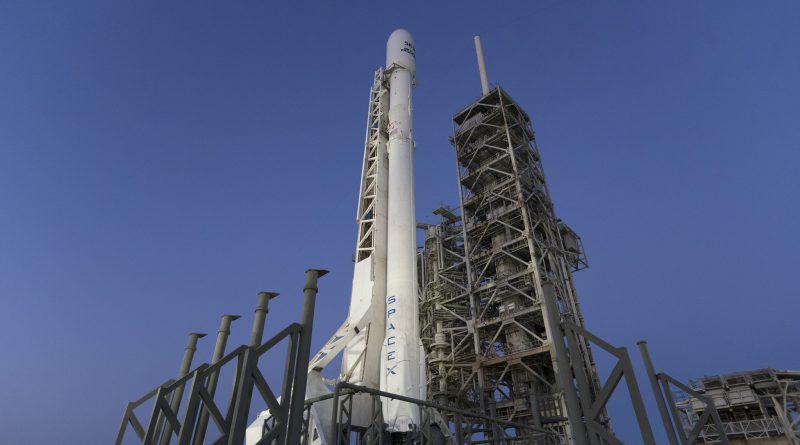 
The BulgariaSat-1 launch campaign has not been as trouble-free as the last flows that allowed SpaceX to keep up a near-two-week cadence of launches from LC-39A. The Static Fire test had to be pushed from Tuesday to Thursday which also led to an initial launch delay from Saturday to Monday for reasons that are not entirely clear but are not believed to be due to one specific item rather than operations running behind schedule.


At Vandenberg Air Force Base, preparations for the second Iridium-NEXT flight have also reached a terminal stage with Falcon 9 gearing up for its Static Fire test on Tuesday in preparation for liftoff on Sunday. All ten Iridium-NEXT satellites have taken their place around the two-tier payload dispenser as of June 6 and all have been fueled for flight in readiness for integration with Falcon 9 – pending a successful test firing on Tuesday.


The booster flying the BulgariaSat-1 mission has enjoyed visits to both coasts of the United States, making its first flight out of Vandenberg back in January on the first Iridium-NEXT mission that ended with a successful orbital delivery and SpaceX’s first Pacific-based drone ship landing. Booster 1029 was refurbished to become SpaceX’s second flight-proven first stage to complete the trip to the edge of space again and it is the first to make the trip from both coasts.