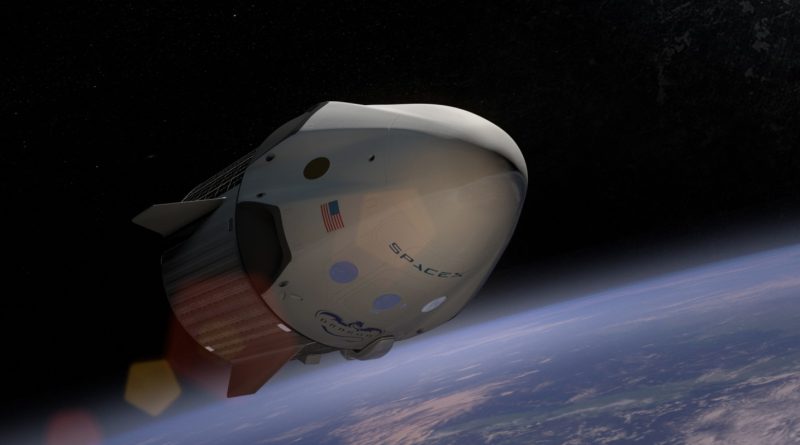 SpaceX picked the Moon as an intermediate destination in the company’s ambitious drive towards crewed exploration of Mars and other targets in the solar system. Company CEO Elon Musk announced on Monday firm plans of flying two private citizens on a trip around the moon in late 2018 aboard the company’s Dragon 2 spacecraft launched by a Falcon Heavy rocket.

The Hawthorne, California-based company had set its goal to Mars since it outset in 2002 as Musk cited a core motivation of bringing humans to Mars when founding SpaceX. Over the first 15 years of the company’s existence, SpaceX went through a step-wise and multi-faceted approach, first establishing the ability to launch small payloads into orbit with the Falcon 1 rocket in 2008, upgrading to a larger upmass with the Falcon 9 introduced in 2010, further increasing cargo mass with the Falcon Heavy set for its debut later in 2017, introducing a crewed launch capability and finally establishing partial launch vehicle reusability to address the economic issues of space exploration.


While SpaceX has had overall success on its path, delays have been a natural part of the company’s progression, in part due to overly challenging schedules lined out by Elon Musk. Plans for a ‘Red Dragon’ uncrewed Mars exploration mission for the 2018 launch window had to be scrapped and SpaceX is facing pressure to move through their commercial crew development by mid-2018 to be able to fly crews to and from the International Space Station under contract with NASA.

However, with Red Dragon moving to 2020, the company apparently saw room to insert a lunar mission right after commercial crew is up and running.

“We are excited to announce that SpaceX has been approached to fly two private citizens on a trip around the moon late next year,” SpaceX said in a statement released on Monday. “They have already paid a significant deposit to do a moon mission.” More individuals interested in being among the first ‘tourists’ to travel beyond Low Earth Orbit are set to undergo fitness tests and enter training later this year.

Elon Musk did not identify the two individuals beyond the fact that they know each other and both paid a significant deposit for the mission. Financial details were also not provided, however, knowledge on SpaceX prices would place the sum paid by each individual in the neighborhood or slightly above of what is currently being charged for a tourist seat on the Russian Soyuz craft.

As detailed by SpaceX, the mission would use the company’s Falcon Heavy launch vehicle that is set for its maiden launch this summer to become the most powerful rocket in active operation and the second-most powerful rocket ever to take flight after the mighty Saturn V. While the Falcon Heavy has been developed internally with commercial funding, Dragon 2 is the result of SpaceX’s work under NASA’s Commercial Crew Program with the agency providing most of the funding for the craft’s development and testing program. The first launch of the new Dragon is currently on the books for October 2017 to be followed by a crewed test flight to the International Space Station in May 2018 before Dragon enters regular service in September 2018.

SpaceX is under contract for an average of four Dragon 2 missions to ISS per year, three with cargo and one as a crew rotation flight. The company highlighted NASA for its role in Dragon 2 development, ultimately enabling SpaceX to use the spacecraft for other applications such as commercial tourist missions or Red Dragons heading to Mars.

The company said the lunar mission will take off once Crew Dragon missions are underway for NASA, utilizing Launch Complex 39A at the Kennedy Space Center that recently supported its first SpaceX mission after being converted from a former launch pad for the Space Shuttle and Saturn V. The total mission duration circumnavigating the moon would be around a week.

If the current schedule can stick, the private lunar mission “presents an opportunity for humans to return to deep space for the first time in 45 years and they will travel faster and further into the Solar System than any before them,” SpaceX said. “Like the Apollo astronauts before them, these individuals will travel into space carrying the hopes and dreams of all humankind, driven by the universal human spirit of exploration.”

The schedule outlined by SpaceX places the company first in line for a crewed circumlunar mission in the current century with NASA recently announcing the agency would study placing a crew on the first mission of the Space Launch System & Orion which, if flying with crew, could not reasonably be expected before 2019.

When asked about potential competition with SLS, Musk said he did not consider it important of who would get there first, however, Monday’s announcement could lead to additional pressure on NASA to commit to a crewed Exploration Mission-1.

Beyond benefiting financially from a mission of this nature, SpaceX can also utilize private, short-duration missions to gain knowledge in the operation of Beyond Earth Orbit missions and unique elements such as deep space tracking, communications, high-speed reentry experience, and building heritage for the company’s ECLSS (Environmental Control and Life Support System) – one of the most critical pieces in achieving the goal of a multiplanetary society.