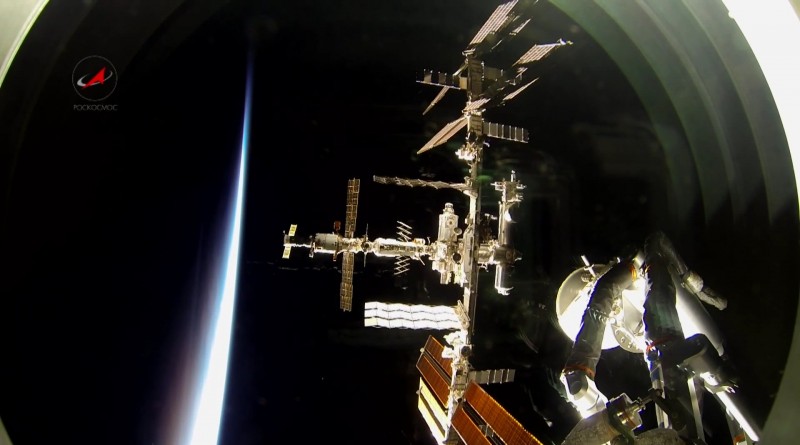 The International Space Station conducted a reboost maneuver on Saturday to set up the orbital geometry required for the fast rendezvous of the Soyuz TMA-20M spacecraft carrying the next crew to the orbital outpost, followed by an express cargo flight by Progress MS-02 at the end of the month.

The reboost, carried out by the engines of the Progress M-29M spacecraft docked to the aft port of the Zvezda module, raised the Station’s orbit from 402.6 by 406.2 to 404.6 by 406.6 Kilometers, according to tracking data published on Saturday.

The engines of the Progress fired for around eight minutes and 20 seconds until 4:15 UTC, delivering a small acceleration to the Station as is required for the microgravity environment not to be disturbed significantly. The engine firing accelerated ISS by 0.85 meters per second.

This was the fourth reboost in a series of maneuvers to set up the proper orbital geometry for Russian visiting vehicle operations. With the departure of Soyuz TMA-18M this week, the focus shifted on placing ISS in the correct position for the planned launches of TMA-20M on March 18 and Progress MS-02 on the 31st – both are planned to make use of the four-orbit rendezvous profile.

The four-orbit rendezvous requires the chasing vehicle to start out in an orbit at a small phase angle to that of ISS (typically 35 degrees or less) which is set up through coordination of the Station’s orbit for the chosen launch dates with orbital maneuvers typically starting two months in advance, also taking into account orbital decay between reboost operations.

The Cygnus OA-6 mission, currently aiming for liftoff on March 23, will take the scenic route with a three-day rendezvous during which Cygnus completes the required phasing maneuvers to link up with ISS, not needing any advance phasing by the Station.