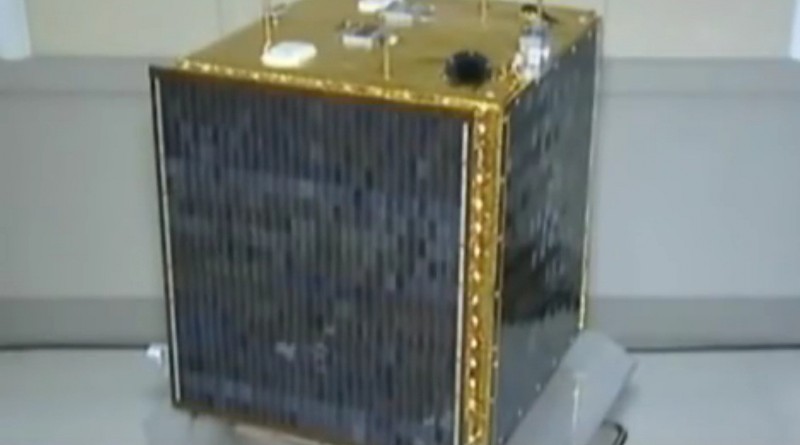 The fate of North Korea’s Kwangmyongsong-4 satellite launched in February remains unclear after conflicting reports on the status of the small spacecraft emerged in the weeks after its controversial launch.

Observations of the satellite show its orientation has stabilized, though there have not been any reports of radio signals from the spacecraft nor have any photos taken by the satellite been released.

Kwangmyongsong-4, Korean for ‘Lode Star,’ lifted off on February 7 atop an Unha-3-type rocket launching from the Sohae Satellite Launching Station on North Korea’s West Coast. It was the country’s second successful orbital launch coming after the Unha-3 mission in December 2012 that delivered the KMS-3-2 Satellite to orbit.


North Korea’s launch was condemned by the United Nations and several countries accused the North Korean regime of using this and previous space launches as a front for Intercontinental Ballistic Missile Testing. The launch came just one month after North Korea’s fourth nuclear test and was therefore viewed by the west as another provocation.

North Korea maintains that the country’s exploration of space is of a peaceful nature, in pursuit of technological and scientific advancement. February’s mission was timed to celebrate the 74th birthday of the late leader Kim Jong-il and North Korea broadly celebrated the success of the space mission with fireworks displays and public parades.

The three-stage rocket, similar in design to the Unha-3 launched twice in 2012, fired for nine minutes and 46 seconds, successfully placing the satellite into a polar orbit of 465 by 500 Kilometers at an inclination of 97.5 degrees.

Only a few details on the satellite and its mission are available. North Korea said KMS-4 is an Earth Observation Satellite and video of the satellite during processing showed two cameras on the Earth-facing side of the box-shaped spacecraft.

According to South Korean reports, the satellite is heavier than its predecessor with an estimated mass of 200 Kilograms; Space and Missile Defense Command stated the satellite was about twice the size of KMS-3-2.

In 2012, the KMS-3-2 satellite successfully entered orbit, but apparently never came alive as it was found in a tumble a few days after launch and no radio signals were ever heard from the spacecraft. Prior to the December 2012 mission, North Korea announced that KMS-3-2 would broadcast patriotic songs through its UHF downlink, but no such reception was made.

In the immediate aftermath of February’s KMS-4 launch, conflicting reports emerged – some saying the satellite was in a tumbling motion, others reporting that the orientation of the satellite had stabilized. Satellites relying on passive attitude control systems often need several days to several weeks to stabilize, therefore tumbling on KMS-4 was not yet a definitive sign of the satellite being dead.

Dr. Marco Langbroek began observing KMS-4 and the Unha-3 rocket stage from the Netherlands in late February. Long exposure mages obtained by Langbroek show a stable brightness over the 6-second imaging arc, providing a firm indication that KMS-4 had stabilized or was only tumbling at a slow rate.

The Unha-3 rocket body showed evidence of tumbling with a period of 2.39 seconds as can be expected for a rocket stage shortly after launch. Further observations by Langbroek show the tumble of the rocket’s upper stage to be gradually slowing down which is a known phenomenon due to interaction of the rocket stage with Earth’s magnetic field.

The Russian TASS news agency reported on February 22 that the KMS-4 satellite had started working, citing sources within Russia’s National Space Monitoring Center. What data this conclusion of the satellite being operational is based on was not shared with the public.

The Russian press report was picked up by the state-run Korean Central News Agency, again claiming the launch was a full success.

Despite reports of the satellite being functional and an apparent stabilization of its attitude, firm proof of the satellite’s functionality has yet to be provided by North Korea in the form of photos collected by KMS-4’s remote sensing payloads.