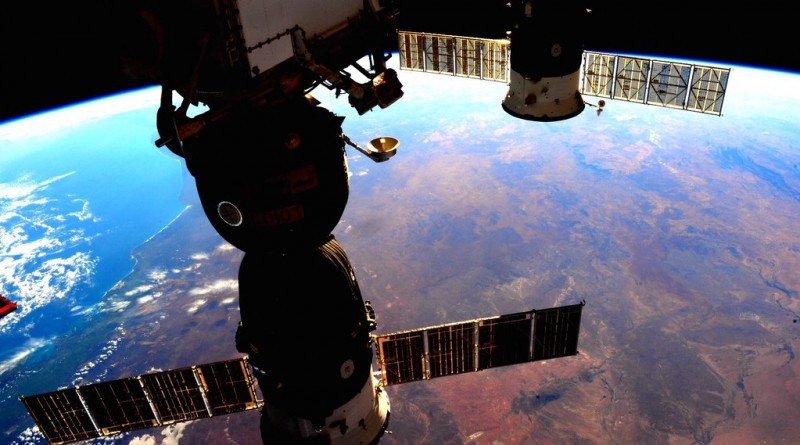 The International Space Station successfully completed a reboost of its orbit Wednesday night, increasing its orbital altitude by a little over one Kilometer. The reboost used the engines of the Progress M-29M spacecraft currently docked to the aft port of the Zvezda module of ISS and was completed on Wednesday at 19:40 UTC with a total duration of five minutes and 33 seconds.
Prior to the Reboost, the Station was found in an orbit of 398.5 by 407.6 Kilometers. The post-reboost orbital parameters were, according to tracking data:

The reboost was the second in a series of reboost maneuvers in a campaign to set up the proper orbital geometry for three visiting vehicle operations – the landing of Soyuz TMA-18M with Sergei Volkov, Mikhail Kornienko and Scott Kelly on March 2nd, the four-orbit rendezvous of Soyuz TMA-20M with Aleksey Ovchinin, Oleg Skripochka and Jeff Williams in the night of March 18/19, and the four-orbit link-up of the Progress MS-2 spacecraft on the 31st of March.