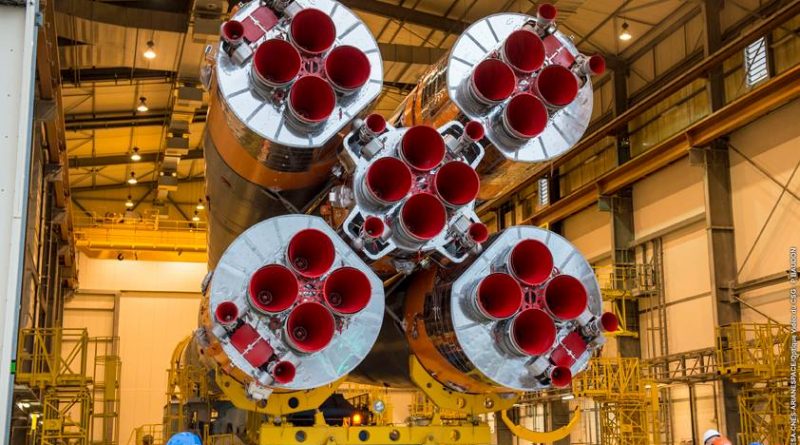 
In 2016, O3b Networks was acquired as a wholly-owned subsidiary of Luxembourg-based SES, one of the world’s largest telecommunications providers. SES plans to continue operating and expanding the current constellation of O3b satellites in equatorial orbits before upgrading to a much more powerful system called O3b mPower that will deliver nearly 30,000 spot beams in its initial configuration and allow for smart routing of traffic between the constellation in Medium Earth Orbit and SES satellites parked in the Geostationary Belt.


On the January 25 mission, Ariane 5 flew 20 degrees off its planned course because a programming error of the rocket’s Inertial Measurement System was not detected during pre-launch verifications, taking the launcher much closer to the nearby town of Kourou than it would normally come and delivering its two satellites into a less-than-optimal orbit.


Checking off its final countdown steps, Soyuz will power up its telemetry systems, purge its engines with inert nitrogen, pressurize its tanks and switch to onboard power & control. At T-20 seconds, the Launch Command is issued and all engines of the boosters and the core stage are ignited to first soar to an intermediate thrust level before ramping up to full thrust.