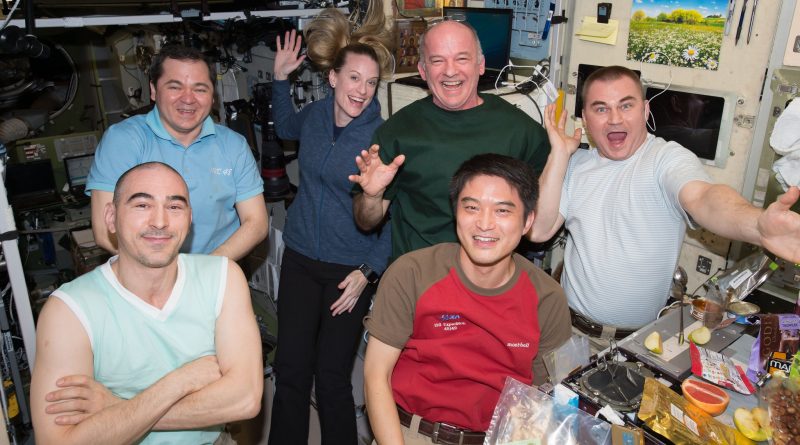 
The crew will part ways at 18:30 UTC on Tuesday when the three returning crew members will board their Soyuz and close the hatch to ISS for the usual leak check operation ahead of the night’s planned undocking time of 21:51 UTC. Drifting away from ISS, Soyuz will fire its thrusters to open a gap prior to initiating its deorbit burn at 0:21 UTC in order to hit the brakes and drop itself out of orbit. Landing is aiming for the southern landing zone with touchdown scheduled less than half an hour after sunrise.