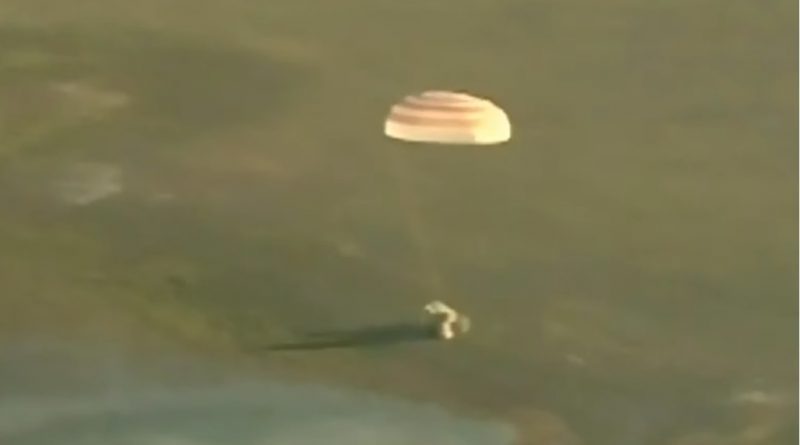 The Soyuz MS-03 spacecraft returned from orbit on Friday, June 2, 2017 – landing in the steppe of Kazakhstan at 14:10 UTC to conclude a 3,136-orbit, 196-day 17-hour mission to the International Space Station for Russian Cosmonaut Oleg Novitskiy and ESA’s Thomas Pesquet. It marked the first two-person Soyuz landing since 2010; original Soyuz MS-03 crew member Peggy Whitson transitioned to the MS-04 spacecraft to remain on the Space Station for an additional three months. With Friday’s safe return, Oleg Novitskiy stands at 340 days spent in space on two long-duration Expeditions to ISS; Thomas Pesquet’s Proxima mission was his first flight into space.