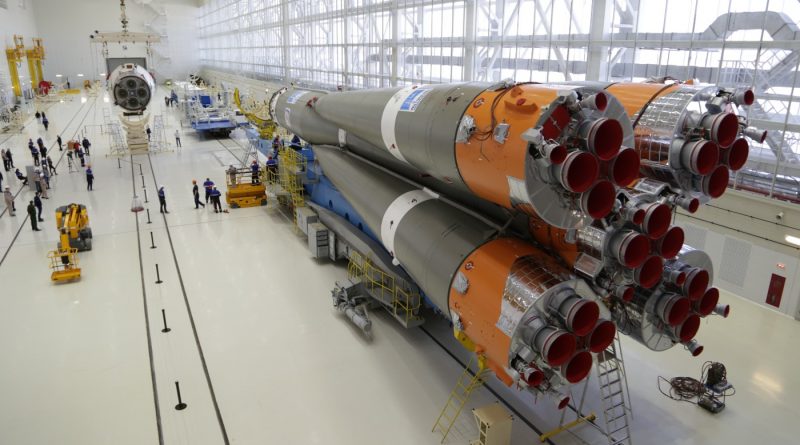 A Soyuz 2-1A rocket undergoes assembly at Russia’s Vostochny Cosmodrome in preparation for liftoff with a pair of Kanopus-V Earth Observation satellites and nine small secondary payloads headed into Sun Synchronous Orbit. This will mark the return to flight mission of the Soyuz/Fregat combination from Vostochny after a failure encountered in November 28, 2017 due to a previously unknown software bug in the navigation system of the Fregat upper stage.