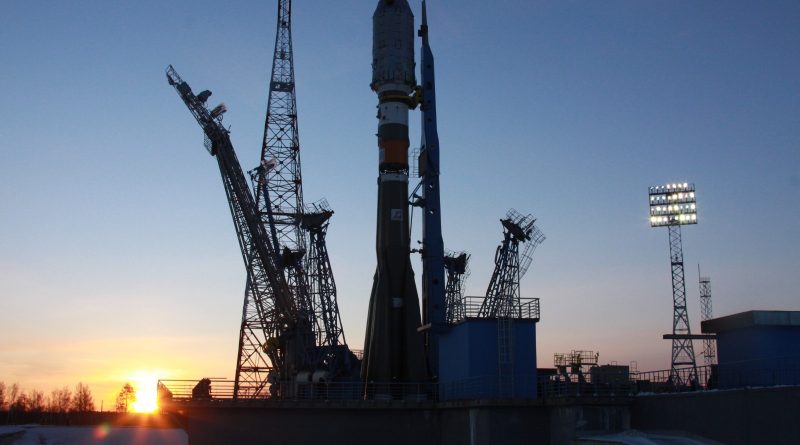 Braving temperatures of under -25°C, teams on January 29, 2018 moved a Soyuz 2-1A/Fregat launch vehicle from its assembly facility to the 1S Launch Complex at Russia’s Vostochny Cosmodrome in the country’s Far East. Gearing up for its return to flight mission from the remote launch site, Soyuz is set to deliver two Kanopus-V remote sensing satellites to orbit while four Lemur-2 CubeSats, four S-NET microsatellites and the D-Star ONE reflight mission ride as secondary payloads. This will be the third mission from Russia’s new Vostochny Cosmodrome.