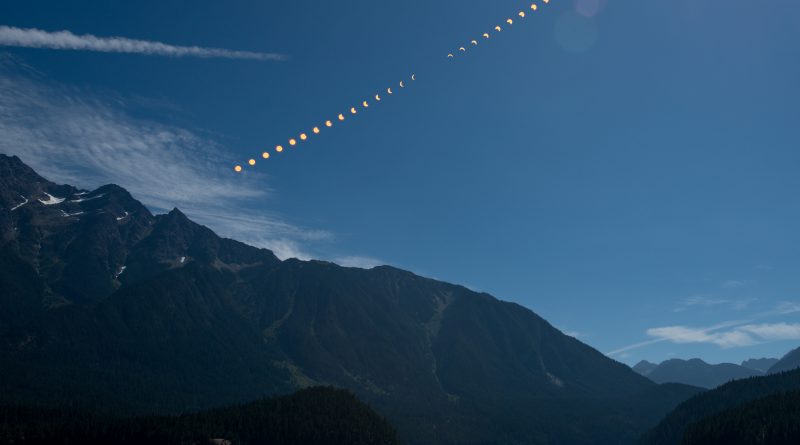 North America was treated to a total eclipse of the sun on Monday and millions watched the coast-to-coast eclipse from ground-level while six people in orbit got an even more spectacular view of the Moon’s umbra traversing the United States of America. Satellites parked in Geostationary Orbit to collect data for weather forecasting also captured the Moon’s shadow moving across the planet.

It took one and a half hours for the Moon’s shadow to move across the entire continental U.S., arriving over the coast of Oregon at 17:16 UTC, touching 14 states and moving out of South Carolina at 18:44 UTC. Maximum eclipse occurred at 18:26 UTC over Kentucky with two minutes and 40 seconds of totality

Monday’s eclipse was the first visible across the entire continental U.S. since 1979 and drew in many spectators who traveled into positions under the path of totality to experience the surreal lighting environment and temperature drop associated with a total eclipse as well as the sight of the sun’s corona during totality and the diamond ring visible for only a few seconds as the Moon began receding from the solar disk.


NASA offered four hours of live programming on its TV channel following the path of totality and providing science and space outreach while discussing the impact of the eclipse as the a most viewed celestial event in history.

High-altitude balloons were launched to capture unique views of the event and airlines organized eclipse flights to guarantee cloud-free viewing. Three U.S. astronauts, two Russians and one Italian aboard the International Space Station organized a carefully choreographed operation to optimally use the Station’s windows – including the panoramic Cupola module – to capture various views of the Moon’s shadow from above. Spectacular video and still imagery was released later in the day, though viewing angles on three subsequent orbits of Earth only provided views of the umbra close to Earth’s limb. 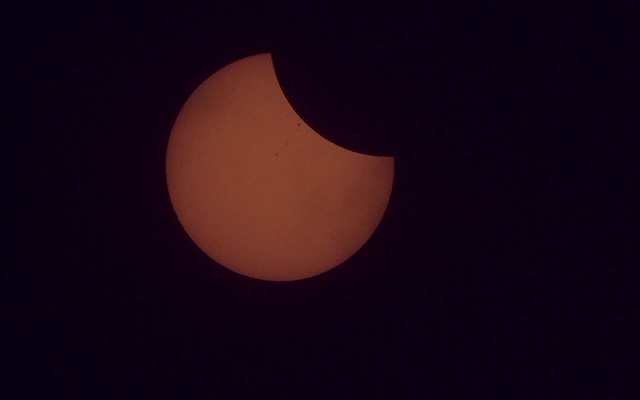 Photos from the International Space Station