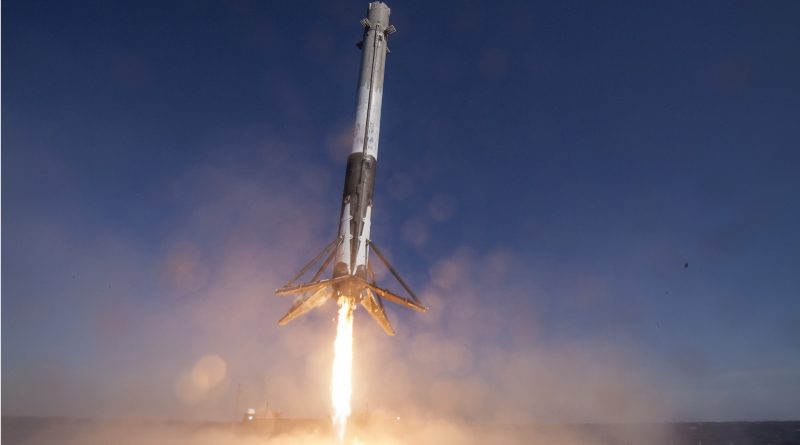 Telecommunications giant SES decided to launch the company’s SES-10 satellite on a previously flown SpaceX Falcon 9 rocket in the fourth quarter of 2016.

SES is the first large telecommunications provider to commit to flying on a ‘used’ or rather ‘flight-proven’ Falcon 9 rocket that flew to the edge of space and back in an operational mission before.

SpaceX has been achieving a steady success rate in landing its Falcon 9 first stages even in challenging missions where only very limited performance is available for the landing maneuver on the Ocean-based Autonomous Spaceport Drone Ship. As such, SpaceX has begun a shift from ‘learning how to land’ to ‘learning how to re-fly’ and SES-10 will be their first chance of putting a flown Falcon 9 back into an operational mission.


To date, SpaceX has recovered six boosters – four using a propulsive landing on the Drone Ship and two making the way back to the launch site and landing on a concrete pad.

Not all six are available for re-flight, though: The first recovered booster – landing at Cape Canaveral in December after the Orbcomm G2 mission – was recently put on display in front of SpaceX’s headquarters in Hawthorne, California.

The booster from the JCSat-14 mission that was described as having suffered ‘maximum damage’ during its atmospheric re-entry has begun an intense testing campaign at SpaceX’s McGregor site, having already gone through at least three full-duration re-fires.

The first re-flight is likely to be completed by the booster from the Dragon SpX-8 mission that completed the company’s first successful Drone Ship landing in April and was shown in excellent condition based on post-flight inspections.

Initially, after the successful April landing, SpaceX CEO Elon Musk said would be possible to re-fly the stage in the summer time frame, but subsequent landings after high-energy missions showed that more work was needed to optimize the condition of returned rocket stages.

Taking the most heavily damaged booster (from the JCSat-14 mission) and putting it through multiple Static Fires and component tests serves as delta-qualification testing to certify all subsystem components on that vehicle for re-flight which would also qualify all parts on boosters that return in better condition. SpaceX engineers evaluated the degradation of the various components after each successive post-flight re-fire and more testing is expected to occur at McGregor in the coming weeks.

Lessons learned from the first successful landings led to the implementation of new in-flight procedures to help protect Falcon’s engines that face the most dynamic heating environment during the engines-first re-entry when coming back from the mission. These procedures were implemented on the most recent Geostationary Transfer mission with the JCSat-16 satellite and their positive effects were seen in the condition of the first stage after returning to shore.

Now that the return sequence for the Falcon 9 has been established, SpaceX will continue tweaking the landing to reach a very high success rate for low-energy missions while maintaining a moderate success rate for high-energy GTO flights. Not all landings will succeed, even when re-flights will become routine, which SpaceX will have to factor into their launch vehicle pricing models.

With the first of what is hoped to be many re-flights on the horizon, SpaceX will also have to work out the kind of testing to be performed after a stage makes its return and before it enters its next launch processing campaign. Ultimately, the company hopes to be able to re-fly rockets with minimal refurbishment in between missions, though establishing routine re-use is still several years in the future.

When the first SpaceX rocket stages became available for re-flight customers, satellite operator SES was among the first to publicly express interest in becoming the first to use a flight-proven booster.

This week’s official announcement by SES confirmed several months of rumors that the company’s SES-10 satellite would be the first to fly a re-use mission. The company’s motivation behind the decision is a strong belief that total-loss missions of expendable launch vehicles will no longer be economically viable over the long term.

SES did confirm that the company is getting a discount for being the first customer to use a flown booster. Launch insurers appear to be confident in the launch vehicle as insurance rates have not changed compared to a launch on a brand new rocket.

“Re-launching a rocket that has already delivered spacecraft to orbit is an important milestone on the path to complete and rapid reusability,” said Gwynne Shotwell, President and Chief Operating Officer of SpaceX. “SES has been a strong supporter of SpaceX’s approach to reusability over the years and we’re delighted that the first launch of a flight-proven rocket will carry SES-10.”

SES was the first commercial customer flying on SpaceX’s Falcon 9 rocket in 2013 and with this week’s announcement, the company will again be the first, this time using a flight-proven rocket.

SES-10 is the third SES-operated satellite to be launched on a Falcon 9 after the 2013 launch of SES-8 and the SES-9 mission earlier this year. Four more SES satellites are on Falcon’s manifest including SES-10 and 11 that are set for launch late this year or early next year.

The SES-10 satellite, built by Airbus Defence and Space, will be stationed at 67 degrees West delivering capacity using 55 36MHz-equivalent Ku-Band transponders. SES-10 replaces the AMC-3 and 4 satellites and will add capacity to Mexico, Central and South America and the Caribbean, providing Direct-to-Home television, enterprise communications and mobility services.

SpaceX is gearing up to for a strong closing of 2016 with numerous mission’s still on the company’s manifest. At the Cape Canaveral launch site, final preparations are underway for the launch of the AMOS 6 communications satellite at 7 UTC on Saturday. On the other coast, all ten Iridium-NEXT satellites have arrived and are being integrated on their payload adapter for liftoff from Vandenberg on September 20, marking SpaceX’s first West Coast launch of the Falcon 9 Full Thrust version.