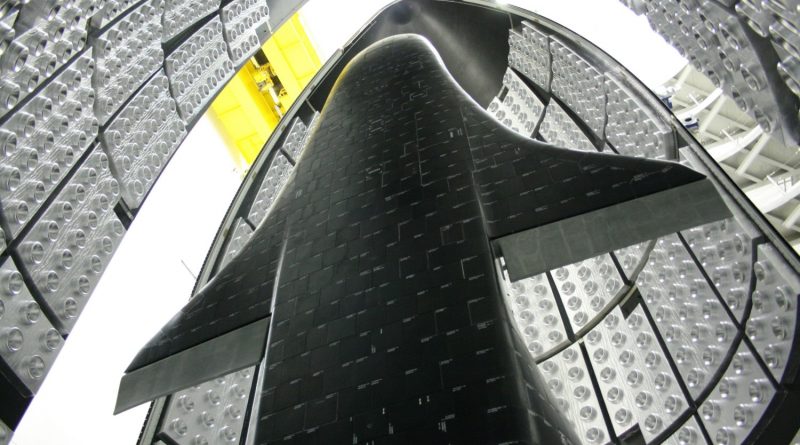 The U.S. Air Force X-37B OTV-4 spacecraft on Saturday surpassed the record for the longest flight duration of any mission in the clandestine program, marking 675 days in orbit for the small winged space plane on its current mission reportedly dedicated to a series of technical demonstrations and space experiments.

The previous record was set by the third X-37B flight that lasted 674 days and 22 hours spanning from December 2012 to October 2014. OTV-4 lifted off atop an Atlas V on May 20, 2015 and passed the 675-day mark on Saturday, continuing its mostly classified mission over 300 Kilometers above the planet.

Indications of an approaching end of the mission earlier this year in the form of an orbital maneuver carried out by OTV-4 and heightened activity at Florida’s Shuttle Landing Facility proved out false as teams at the Kennedy Space Center only went through a ground operations exercise to rehearse for the eventual homecoming of the X-37B. The operation involved a full-size mock up of the X-37B vehicle that was spotted at Kennedy Space Center back in February, likely to demonstrate post-landing safing steps of the vehicle at its new operational base.


Designed by Boeing’s Phantom Works division, X-37B was originally built for a nominal mission duration of 270 days. X-37B took flight for the first time in April 2010 on a shakedown mission lasting 224 days and ending with the first autonomous runway landing by an American orbital vehicle. The second flight of the X-37B already surpassed the 270-day mission duration and lasted 468 days in 2011/12. OTV-3 was the second flight of the first X-37B craft after undergoing refurbishment and the OTV-4 mission marks the second deployment of the second production vehicle.

The first three missions of X-37B used Vandenberg Air Force Base as the main processing site for the vehicle before operations were shifted to the Kennedy Space Center in late 2014 when Boeing acquired former Space Shuttle Orbiter Processing Facility 1. A prominent sign reading “Home of the X-37B” has been placed on OPF-1, indicating the facility is fully equipped to handle pre- and post-flight processing of the winged space planes – moving the launch and landing of the vehicle to the same location and avoiding costly cross-country trips.

The X-37B spacecraft is 8.9 meters long, has a wingspan of 4.5 meters and weighs around five metric tons at liftoff. Its payload bay is 2.1 by 1.2 meters in size and can accommodate all types of powered and unpowered payloads, typically hosting a series of technology demonstration experiments undergoing long-duration testing in the operational space environment. The vehicle is highly maneuverable and can operate from different orbital altitudes as required by the various payloads it carries – giving satellite trackers quite a challenge to keep up with its orbital moves as no official tracking data is released for classified missions of this type.


The OTV-4 mission started out in a nearly circular orbit with a mean altitude of 353 Kilometers. Over the course of several months, the low point of the orbit gradually dropped to 325 Kilometers without any sudden maneuvers by the vehicle. In February, satellite trackers lost X-37B for several days after it lowered its orbit. Just today as X-37B set its new record have satellite trackers fully recovered the vehicle in an orbit of 325 by 337 Kilometers.

Previous X-37B mission maneuvered to a lower orbit around ~320km between 15 and 55 days prior to their homecoming followed by another maneuver to under 300km in altitude just a few days prior to landing.

Whether OTV-4 will follow the same pattern remains to be seen, there have been no indications on when the craft may be expected back on Earth.

Two of OTV 4’s payloads have been identified prior to the craft’s launch in 2015:

The test was to involve operation of the thruster over an extended period of time to learn about any degradation that may occur in the space environment through analysis of telemetry gathered from the thruster and data from OTV’s accelerometers, measuring the thrust delivered by the system. Aerojet Rocketdyne issued a statement back in July 2015 noting the thruster had completed initial on-orbit validation testing aboard the X-37B.