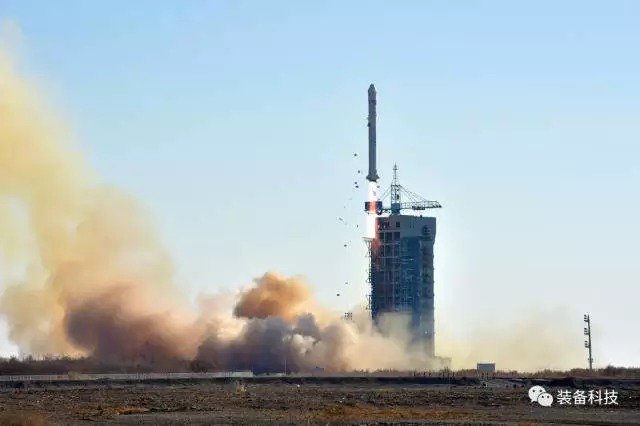 China sent the second satellite of the LKW constellation into orbit on Saturday via a Long March 2D rocket, coming less than three weeks after the first LKW satellite reached orbit in what observers suspected was the first launch in a new series of reconnaissance spacecraft flying under the cover of land surveying missions.

Long March 2D carrying LKW-2 lifted off from the Jiuquan Satellite Launch Center at 4:14 UTC on Saturday and successfully dispatched the satellite into orbit, Chinese State Media confirmed half an hour after the day’s launch.

The launch of LKW-2 marked the third orbital space launch performed on Saturday in the span of less than three hours. Earlier in the night, Japan’s H-IIA rocket carrying a pair of satellites for climate research & technology development lifted off just 72 seconds before SpaceX’s final Falcon 9 rocket of the year blasted off from the other side of the Pacific Ocean with the fourth set of Iridium-NEXT communications satellites.


Interesting enough, Saturday night’s salvo of three launches marked the third time this year that three orbital space launches were carried out on a single calendar day (UTC), the most recent being an October 9 threefer with an H-IIA, Falcon 9 and CZ-2D in action that day – the very same grouping of launchers flying on Saturday.

While H-IIA and Falcon 9 launched in full public view, China carried out the LKW-2 mission in the usual secrecy with prior signs of an imminent launch only coming through navigational warnings issued to pilots. Since the closed airspace areas lined up perfectly with the LKW-1 airspace closures, the suspicion was that another member would be added to the constellation.

LKW-1 lifted off from Jiuquan at 4:11 UTC on December 3rd and settled in an orbit of 488 by 504 Kilometers, 97.46 degrees, officially conducting an Earth observation mission for the purpose of “remote sensing exploration of land resources.”


However, as often seen in China’s primarily military-oriented space program, reconnaissance satellites are often operated under the cover of civilian Earth observation and environmental monitoring missions and LKW appears to fit right into this scheme – especially with the rapid deployment of the system based on the interval between the first two launches.

Saturday’s launch, occurring at 4:14 UTC, 12:14 p.m. local, came right at the time the Earth’s rotation carried LKW-1’s orbital plane over the Jiuquan Satellite Launch Center (in plane time around 4:15:30). LKW-2 is therefore expected to enter the same plane as the first member of the system and the two will likely orbit at 180-degree separation to create a system optimized for coverage/revisit time – important factors for remote sensing missions, but also desired properties of a reconnaissance constellation.

The Ludikancha Weixing satellite series, now with two members, appears to be linked to the Yaogan reconnaissance satellite fleet through similar orbital parameters as electro-optical imaging satellites flown under Yaogan – possibly building an extension or sub-constellation of Yaogan. The two programs are also tied through satellite builder CAST that has been responsible for the low-orbiting optical reconnaissance satellites under Yaogan and has also been announced as the manufacturer of LKW.

CGI imagery and actual video from satellite deployment showed LKW-1 possesses a hexagonal satellite body with three deployable solar panels – a design shared by a number of low-orbiting imaging satellites operated by a number of nations as well as private entities. (e.g. the recently-launched Mohammed VI-A)


Based on its appearance, the satellite is suitable for a telescope of similar size as the latest medium-sized imaging satellites designed by Airbus & Thales, hosting 65-centimeter telescopes and achieving ground resolutions of up to 0.7 meters for black-and-white imagery and better than three meters for multi-band color and near-infrared imagery. This would be in line with reports that LKW is more advanced than the commercial Jilin video and imaging satellites, capable of a ground resolution of 1.13 meters for panchromatic imagery.

The orbit of the LKW satellites fits right in with the low-orbiting Yaogans, showing very similar parameters, both in altitude and ascension, to Yaogan-21 and 26, both launched in 2014 and likely approaching the end of a typical three-to-four-year mission life for low-orbiting imaging satellites. Yaogan 21 and 26 launched on Long March 4B rockets while LKW flew on the less-powerful CZ-2D, strongly hinting the satellite is using a more compact platform with a launch mass around one metric ton.

Saturday’s launch marked the 17th Chinese launch of the year and brought the total number of launches performed around the globe in 2017 to 88. It was the 259th flight of the Long March launcher family and the 35th for the Long March 2D variant that debuted back in 1992.