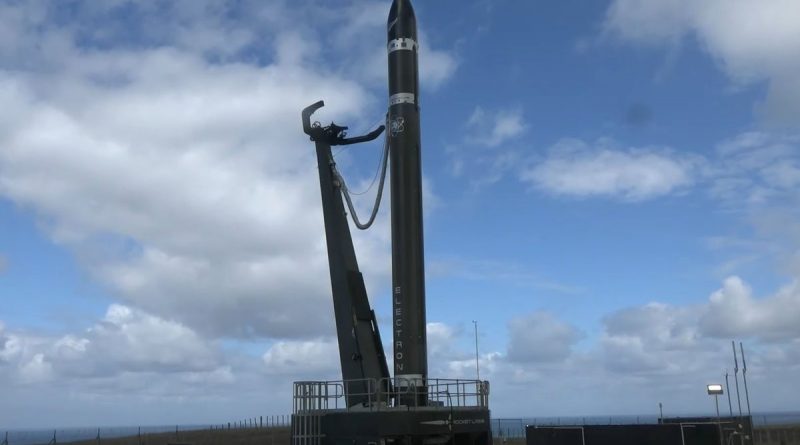 Rocket Lab is ending its “Still Testing” launch campaign for 2017, moving the second test flight of the company’s Electron launch vehicle into early 2018 after encountering weather and technical delays over the course of a week of attempts.

“Still Testing” has the objective of demonstrating the last push to orbit after the first Electron test flight in May managed to reach space but fell short of orbit after taking off from New Zealand.

“It’s a Test” left the launch pad on May 25, carrying a dummy payload and a plethora of sensors to collect an extensive data set on how the all-composite rocket and all its components fare in the actual mission environment. Although Electron did not manage to achieve orbit when targeting an orbital injection, the flight was classed a success since all critical events including first stage flight, stage separation, second stage ignition and payload fairing jettison could be demonstrated.


Rocket Lab went through the data collected during the test flight with a fine-tooth comb to identify what caused the flight to end prematurely and evaluate any possible weak points on the vehicle or flight design that may need improvement to achieve the final push into orbit. It was determined that the test flight had to be terminated due to no fault of the rocket itself but a very basic misconfiguration of a piece of communications equipment on the ground that caused the signal from the climbing rocket to be lost earlier than planned, prompting Range Safety to terminate the flight.

Analysis was complete by early August and the second Electron rocket traveled from the company’s manufacturing base near Auckland to the Mahia launch site in the first half November. Assembly of the two stage rocket and integration of the CubeSat Deployers set the stack up for final acceptance tests before Electron moved to the launch pad for a Wet Dress Rehearsal on November 30 in preparation for a launch period of December 8 through 18 with daily launch windows stretching from 1:30 to 5:30 UTC (2:30-6:30p.m. local time).

Due to unfavorable upper level winds, Rocket Lab pushed the mission to a launch target of Monday, December 11, but that attempt was halted due to weather conditions and orbital traffic in the form of the International Space Station that left only six minutes of usable window time. Engineers re-grouped and pressed into a 24-hour recycle as winds aloft finally shaped up to meet the tight requirements set for Electron’s test flight program with future operational missions capable of dealing with a greater range of conditions.

Electron stood fully fueled with 11.4 metric tons of Liquid Oxygen and Rocket Propellant 1 when teams initiated the 12-minute terminal countdown sequence, aiming for a 3:50 UTC liftoff on December 12. The vehicle was handed control of the countdown at T-2 minutes and commanded its nine electric-pump-fed Rutherford engines to fire up at T-2 seconds. Flames erupted from the base of the rocket for a fraction of a second before Electron’s computers commanded an abort and shut down the first stage. Launch Controllers at the Mahia launch site and Rocket Lab’s Auckland control facility verified Electron was safe before proceeding with data reviews of the anomaly.


Data reviews showed the shutdown was triggered due to rising Liquid Oxygen temperatures caused by the rocket’s LOX chilldown bleed schedule that turned out to be insufficient for the warm temperatures seen for the launch attempt. Implementation of a procedural fix was straightforward through adjustment of LOX valve cycles to increase the bleed. With the fix in place, Rocket Lab proceeded for an attempt on the 13th but winds aloft once again came in the way of getting Electron off the pad.

An attempt on Friday saw teams proceed into vehicle activation and checkouts despite dicey upper level winds in the hopes of finding a window to safely send Electron on its way but efforts ended when a power system fault was discovered during ground checkouts. It was decided to troubleshoot the issue the following day which led to the successful resolution of the power system problem; however, Rocket Lab also made the decision to end attempts for 2017 and move the rocket back into the hangar for an attempt in early 2018.

“Still Testing” has the primary objective of demonstrating Electron can reach orbit and the flight is also carrying three pathfinder satellites – two Lemur ship-tracking & atmospheric profiling satellites operated by Spire Global and a lone Dove from San Francisco-based Planet as both companies took the opportunity of launching inexpensive CubeSats on Electron to validate pre-launch integration and launch procedures for future launches since both are expected to become customers for regular Electron missions.

Standing 17 meters tall, Electron measures 1.2 meters in diameter and weighs in at 12,550 Kilograms when fully loaded with Liquid Oxygen oxidizer and Kerosene fuel – a common and well-understood propellant combination. One of Rocket Lab’s flagship developments is the Rutherford engine, the first electric pump-fed engine to reach the launch pad, substituting complex turbomachinery driven by high-pressure combustion gases with a pair of brushless electric motors that drive the engine’s fuel and oxidizer pumps.