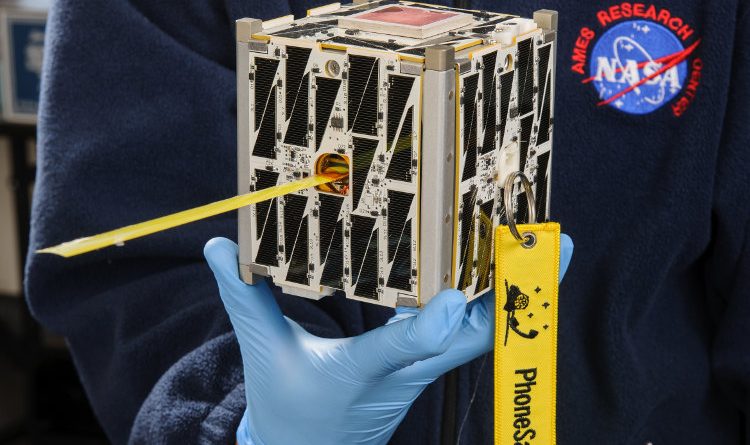 NASA’s PhoneSat 2.4 CubeSat re-entered Earth’s atmosphere on January 31, 2017 after over three years in orbit, studying whether a smartphone can be used to execute satellite command and control functions.

Phonesat 2.4 demonstrated that a conventional smartphone can be used to perform functions required of a satellite control system. The PS-2 satellites feature smartphones running the Android operating system and build the centerpiece of the 1-unit Cubesats.

The main purpose of the phones is to control all critical functions of the satellite, determine its attitude with the phone’s sensors, store data, provide acceleration data and take images of Earth with the 5-Megapixel camera of the phone.

Phonesat 2 has a price tag of $8000 and is built around the Samsung Nexus S phone. It is equipped with power-generating solar cells. The spacecraft features a two-way S-band radio, allowing commanding from Earth. A GPS receiver provides position data and reaction wheels are used for active attitude control with orientation data being provided by the phone.