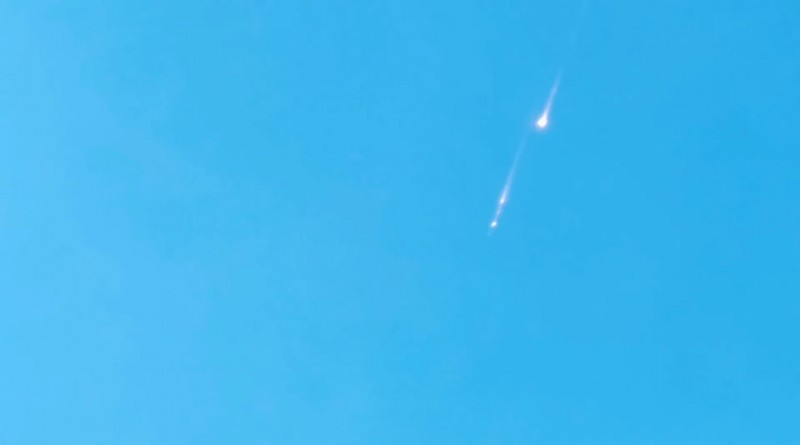 The Re-Entry of a the Chinese ZiYuan-2 A reconnaissance satellite, also known under its military designation Jianbing-3 A, re-entered the atmosphere on March 10, 2016 after fifteen and a half years in orbit. The satellite was launched back in September 2000 and was in operation until 2004, delivering reconnaissance imagery at a ground resolution of around two meters.

The re-entry of the satellite was observed over Bolivia with a visible fragmentation into two principal components, one pulling out in front of the other before further disintegrating – burning up to a large extent in the atmosphere with only few fragments likely to reach the ground.