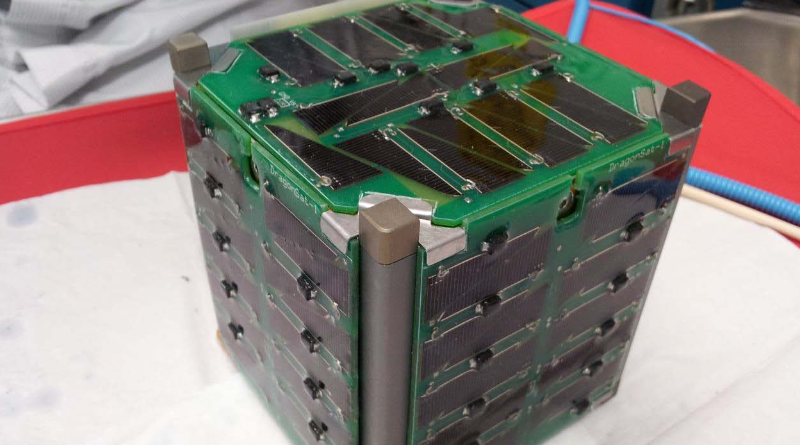 DRAGONSAT, a 1U University CubeSat operated by Drexel University, re-entered the atmosphere on August 31, 2013 after nearly three years in orbit. It carried a camera for aurora observations to look at the dissipation of radiation intensity during solar events. It was also equipped with a magnetometer, an accelerometer, and temperature sensors as well as a gravity-gradient boom that was deployed in space to evaluate the deployment systems and systems performance.