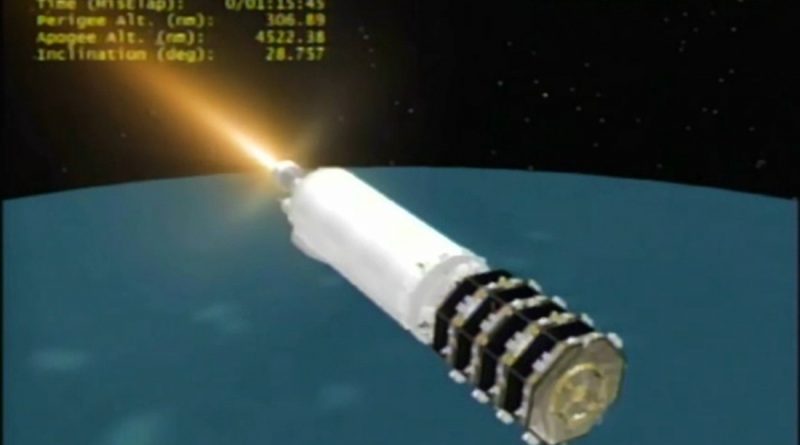 The Centaur upper stage that sent four magnetospheric probes into an elliptical orbit around Earth re-entered the atmosphere on August 28, 2017 after slowly decaying from orbit over the course of two and a half years. Launching atop an Atlas V 421 rocket, Centaur lifted the satellites into a 585 by 70,100-Kilometer orbit before slightly lowering its orbit to speed up its decay.