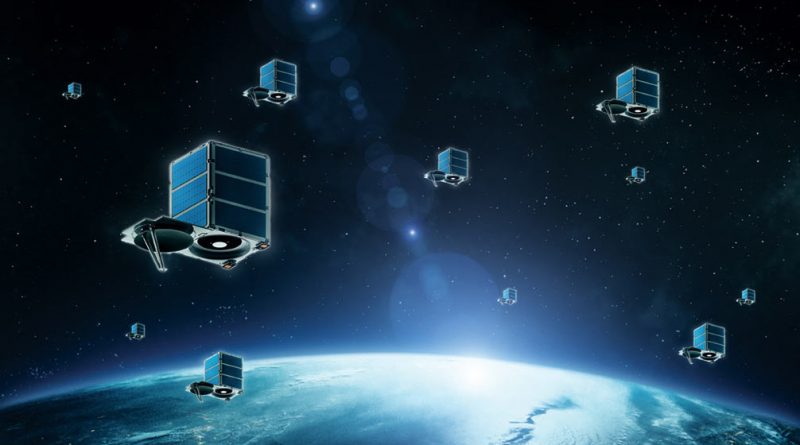 Under the agreement, Planet is taking over Terra Bella’s business, including its constellation of seven active SkySat satellites while former parent company Google agrees to a multi-year contract to purchase imaging products from Planet. Neither company disclosed the financial terms of the deal.

Terra Bella was founded as SkyBox Imaging in early 2009 as a start-up company aiming to deliver high-resolution imagery and HD video from an orbiting satellite constellation for use by various commercial entities.


SkyBox raised close to $100 million in capital from the private sector before launching a prototype satellite, SkySat-1, aboard a Russian-Ukrainian Dnepr rocket in 2013. Impressive still images and video from SkySat-1 highlighted the capabilities the envisioned constellation of 24 orbiting satellites would have.

SkySat-2, also built in-house by SkyBox, went into orbit in 2014 atop a Soyuz rocket and delivered its first images within 48 hours of launch. Space Systems/Loral of Palo Alto, California was selected in 2014 to build 13 SkySat-C satellites, the operational version of the original SkyBox design with additional capabilities such as in-orbit propulsion.

Google acquired SkyBox imaging in August 2014 for $500 million and the company’s name was changed to Terra Bella in March 2016 to reflect the company’s focus image analytics. The first SkySat-C spacecraft was orbited in June 2016 by an Indian PSLV rocket and four more followed in September, riding a Vega rocket into orbit and bringing the total number of active SkySats to seven.

Planet, formerly Cosmogia. Inc, was founded in December 2010 and is primarily known for its large constellation of “Dove” Imaging Satellites complying with the 3U CubeSat form factor, allowing a large number of satellites to be built and launched given their small volume and mass. The first demonstration satellites were launched in 2013 and the International Space Station served as an orbiting launch pad for the first “Flock” of Doves in February 2014 to inaugurate Planet’s operational satellite constellation.

To date, Planet deployed over 130 Dove satellites – most were placed into orbit from the International Space Station but Planet also operates a polar-orbiting segment of the constellation in orbits that are longer-lived than the 400km insertion orbit when using ISS as an orbital launch pad. The 3-Unit CubeSats, weighing close to 5 Kilograms and measuring 30 x 10 x 10 centimeters in size, host small telescopic imagers that can collect panchromatic, color and near infrared imagery of Earth at a resolution of up to three meters.

Operating a large constellation of low-cost satellites enables Planet Labs to provide intraday revisit capacity for most locations on the globe and enable quick-tasking of satellites to respond to real-time demands for imagery. Also, Planet Labs integrated new data processing techniques to deal with a vast amount of data delivered by the space segment every single day.

Acquiring Terra Bella enables Planet to add high-resolution image products to the company’s portfolio, complementing the high-revisit rate, medium-resolution images collected by the Doves. “The two systems under one roof will be truly unique and will enable valuable new capabilities,” Planet CEO Will Marshall wrote on the company website.

“As part of this agreement, a number of Terra Bella employees will join Planet to continue their great work within our combined organization. We’re honoured and pleased to welcome Terra Bella to the Planet family and look forward to working with the Google team.”

Now joined under one roof, Planet & Terra Bella look forward to an extremely busy year with a record-breaking 88 Doves set for liftoff atop an Indian PSLV later in February and more to be deployed from ISS later in the year plus the launch of six SkySats on a Minotaur-C rocket to expand the company’s sub-meter imaging capabilities. The Flock-3p constellation marks the most satellites launched at one time by a satellite operator and February’s PSLV mission will break the record for most satellites launched by a single rocket.

“When we thought about a company that shares Terra Bella’s passion and strengths in high frequency satellite imaging, Planet was a natural home,” said Jen Fitzpatrick, VP of Product and Engineering, Google. “Terra Bella has accomplished a lot in the past two years—including the design and launch of five more satellites. We’re excited to see what’s ahead for Terra Bella, and look forward to being a long-term customer.”