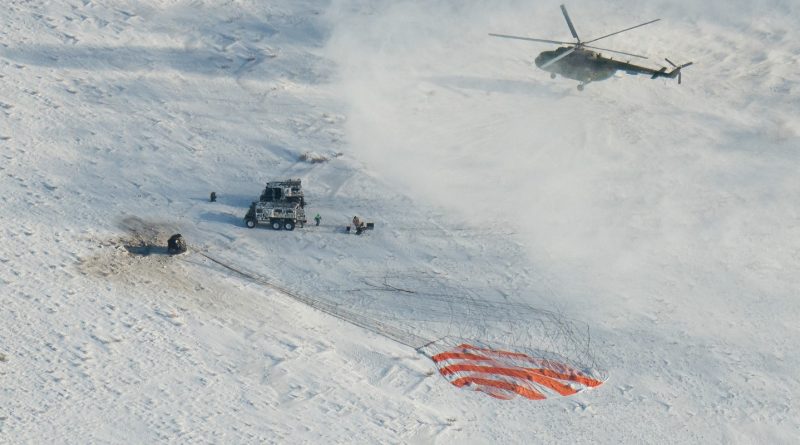 A Russian Soyuz capsule carrying a three-man crew from Russia, the U.S. and Italy touched down on the frozen steppe of Kazakhstan at 8:37 UTC on Thursday, December 14, 2017 after 2,224 orbits of Earth over a mission duration of 138 days and 17 hours as part of International Space Station Expedition 52 and 53. Parachuting into the dead of winter, veteran Cosmonaut Sergey Ryazanskiy, NASA’s Randy Bresnik, and third-time space flier Paolo Nespoli were greeted by temperatures of -17°C when recovery specialists opened the hatch of the landed space capsule.

All Photos Below: Roscosmos / Dmitry Lovetskiy

All Photos Below: NASA / Bill Ingalls