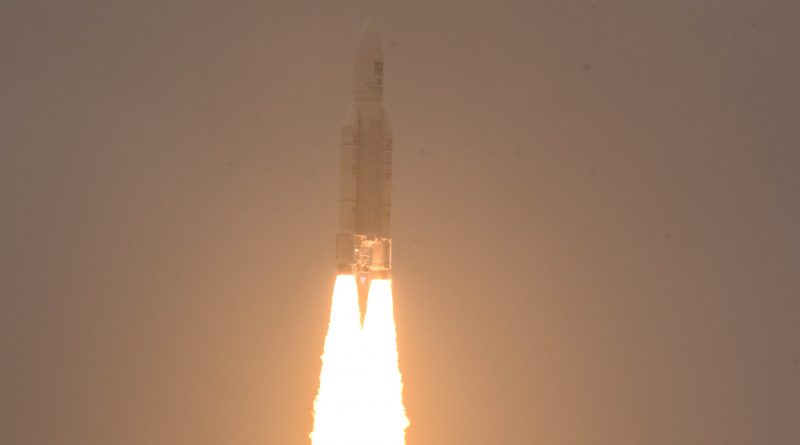 Europe’s Ariane 5 launch vehicle blasted off from the ELA-3 launch pad at the Guiana Space Center at 18:36:07 UTC on Tuesday, December 12 on its sixth and final launch of 2017. Hidden under the rocket’s payload fairing were the next four satellites joining the European Galileo Navigation Satellite System to take the constellation on large step closer to reaching operational strength. Flying in a modified ES configuration, Ariane 5 was tasked with a lengthy ascent mission of nearly four hours, directly dispatching the four 715-Kilogram satellites into a Medium Earth Orbit nearly 23,000 Kilometers in altitude.