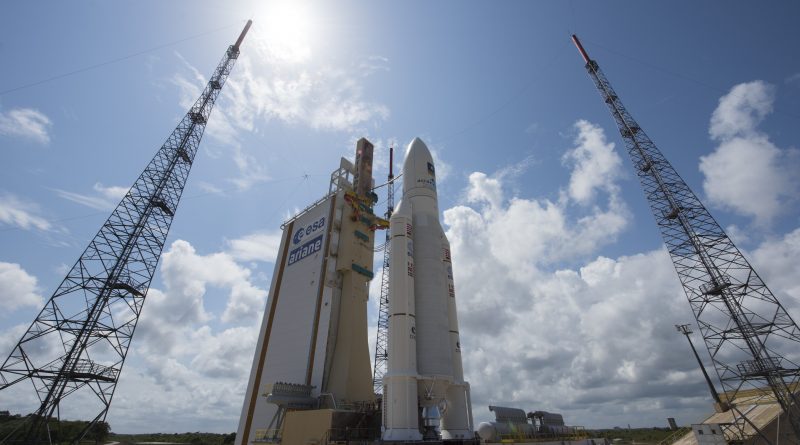 
Twice before have labor disputes caused launches out of French Guiana to suffer delays – the V29 launch of an Ariane 44LP with a pair of satellites slipped four days back in 1989 because the contractor for the range radar went on strike and VA204 in September 2011 had to be pushed by one day because Telespazio, in charge of telemetry distribution, went on strike. The 2017 dispute would eclipse both previous events, bring the entire launch base to a still stand and cause a satellite to be flown back to Europe.


Protest leaders demanded over €3 billion to improve conditions in French Guiana – an overseas department with the same political standing and legal rights as the rest of France.